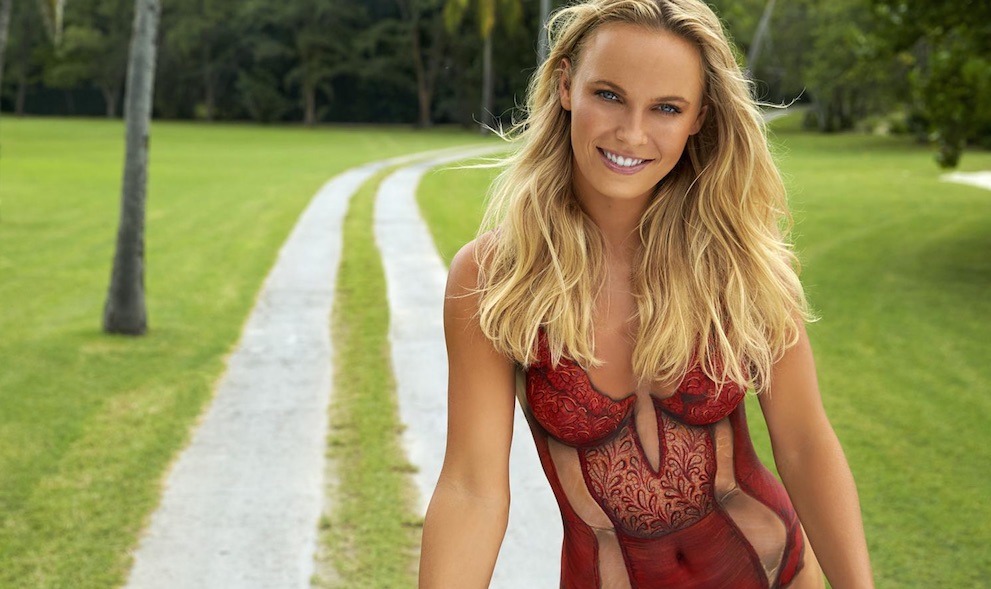 It’s the year of the body paint.

In the past couple of days we’ve featured behind the scenes photo shoots of two of the stars of Sports Illustrated’s 2016 swimsuit edition, and now it’s the turn of the third cover star Danish tennis star Caroline Wozniacki.

As with Ronda Rousey, Wozniacki chose to be shot with a body paint bikini on, and she thought it was pretty weird after it took 14 hours to apply it:

I’m totally naked, but when I look in the mirror it’s the weirdest thing, I feel like I have plenty of clothes on.

Yeah, I can imagine that would be pretty nuts. It looks spectacular though:

Man, a 15 hour day starting at 11pm – so pretty much a 30 hour day with a 3 hour nap – sounds pretty exhausting so I’m surprised she managed to turn up looking as good as she did, but like all the cover stars she looks as if she absolutely nailed it. Gonna have to pick up a copy I think.

If you missed either of the two previous behind the scenes editions featuring Ronda Rousey and Gigi Hadid, then click here.