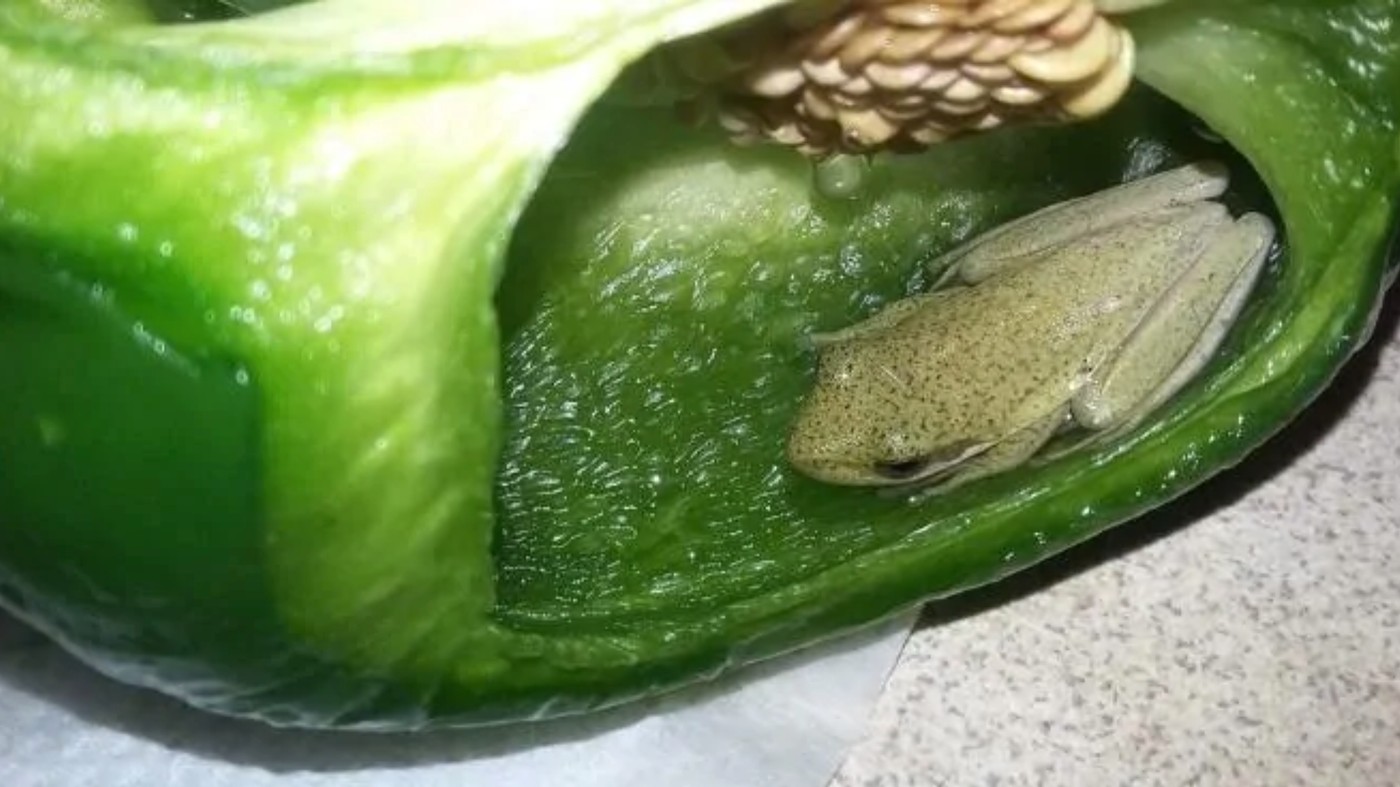 How the hell did that happen?

You don’t really think that you’re gonna find a ton of spiders or other scary animals when you cut up your fruit and vegetables in this country or any other MEDC really, but over in Canada a couple bizarrely found a fully grown frog hiding inside one of their green peppers that they were chopping up.

Nicole Gagnon and Gerard Blackburn are residents of Saguenay, Quebec, discovered the frog living inside the pepper and thankfully managed to not chop its head off when they were slicing up the vegetable. The couple reported the incident to Quebec’s Ministry of Agriculture, Fisheries and Food (MAPAQ) where they decided to run a bunch of tests on both the frog and the pepper to try and figure out just how the hell this had happened.

This sadly meant that they ended up euthanising the frog – not really sure why they felt the need to do that but there you go – but they still didn’t manage to get any closer to figuring out just what was going on with it and why it had popped up in there. Frog expert Patrick Moldowan, a director at large at the Canadian Herpetological Society, explains that it probably didn’t grow up inside the pepper:

It almost certainly did not come to be a sizeable adult frog by developing as a tadpole.

For example, the egg development time, process of metamorphosis, and post-maturity growth (to reach adult size) are well beyond the time it takes a green pepper to grow.

As to how it got into the pepper, that‘s a complete mystery.

Maybe it crawled in through a rupture in the pepper skin/wall?

So nobody really knows how it got in there at all. The couple insist that weren’t any holes on the pepper, although most people seem to think that they might have just missed them because who looks at a pepper that intently before they chop it up? Nobody, that’s who. But aside from that I guess we’ll never really know. Sigh.

For more of the same, check out people who are now making their sandwiches out of peppers. Weird.