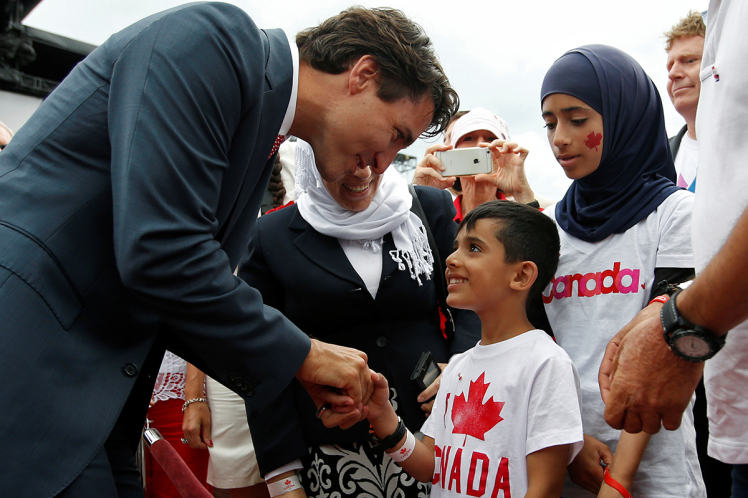 Justin Trudeau is a good egg.

The past few days have been utter chaos ever since Donald Trump’s Muslim ban in the US, with protests breaking out in airports across the country.

It’s a sickening moment in America’s history and one person who is having none of it is the god-like creature that is Canadian Prime Minister Justin Trudeau. Proving himself to be the good egg that he is, Justin has sent out a strong message:

To those fleeing persecution, terror & war, Canadians will welcome you, regardless of your faith. Diversity is our strength #WelcomeToCanada

Yes that’s right. Canada has opened its arms and offered support for those refugees who are currently being turned away at the American borders. It’s a sharp contrast to the US administrations policy, which is banning refugees entering the country for the next 120 days. Anyone from seven Muslim majority countries have been banned, unless they’re not Muslim, including people who have been living in the US for years and have legal residency. It’s baffling how some people don’t realise the similarity this has to Adolf Hitler’s attitude to Jewish people.

Trudeau’s message, however, is one of peace and unity and is one that the world should be backing.

Ah man, can’t we just get Justin Trudeau to run America instead? He can be in charge of North America and then Louis Theroux could run the UK. The ultimate dream team.