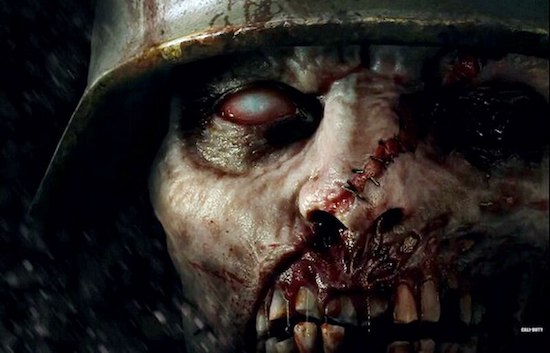 The zombies are gonna be quite a bit different to what we’ve seen in the past.

Call Of Duty is one of the most successful video game franchises of all time, but that doesn’t mean that they’re not constantly looking for new features and ways to improve it to increase the enjoyment of the players.

This is probably how and why Call Of Duty: WWII Nazi Zombies has come about. The plotline to the game finds players embark on a chilling and mysterious journey through a snowy Bavarian village in Mittelburg, Germany in an attempt to recover priceless works of art stolen by the Axis powers during the period. The zombies are going to be ‘quite a bit different’ to the ones we’ve seen previously in the franchise apparently:

Creepy right? And those zombies look like they’re going to be terribly difficult to deal with when they’re running at you trying to rip your bones off your body, don’t they? Should be another fun instalment of the series when it’s released in November, but then again I’d probably expect nothing less from it to be honest.