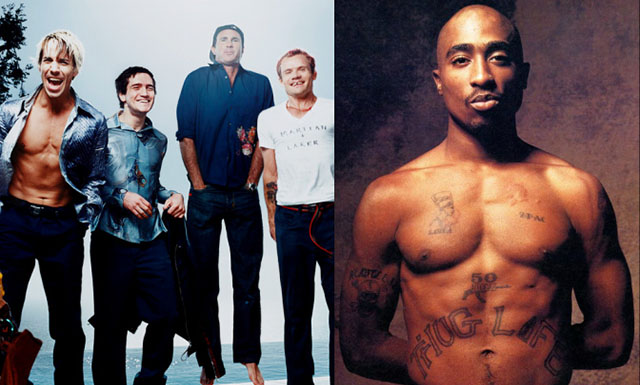 Which was the better track – the Red Hot Chili Peppers’s ‘Californication’ or Tupac’s ‘California Love’?

We’re going to start doing a new thing where we take two songs from the same time period and put them up against each other in a weekly musical death match showdown.

How it works is that every week (or whenever) we’ll vote on which is the better song out of the two tracks going up against each other – we’ll be doing this via the comments section on the Facebook page. If there are any two particular songs you feel would make a good and even match up, tweet them to us at @sickchirpse.

The winner lives on the radio/CD/mp3 forever, the loser goes to cassette heaven never to be listened to again.

Let’s kick things off in style with two summer-y, California-themed tracks that were both HUGE when they came out — Red Hot Chilli Peppers’s Californication Vs Tupac’s California Love.

One of the best bands of all time Vs Tupac at his best. Who have you got?