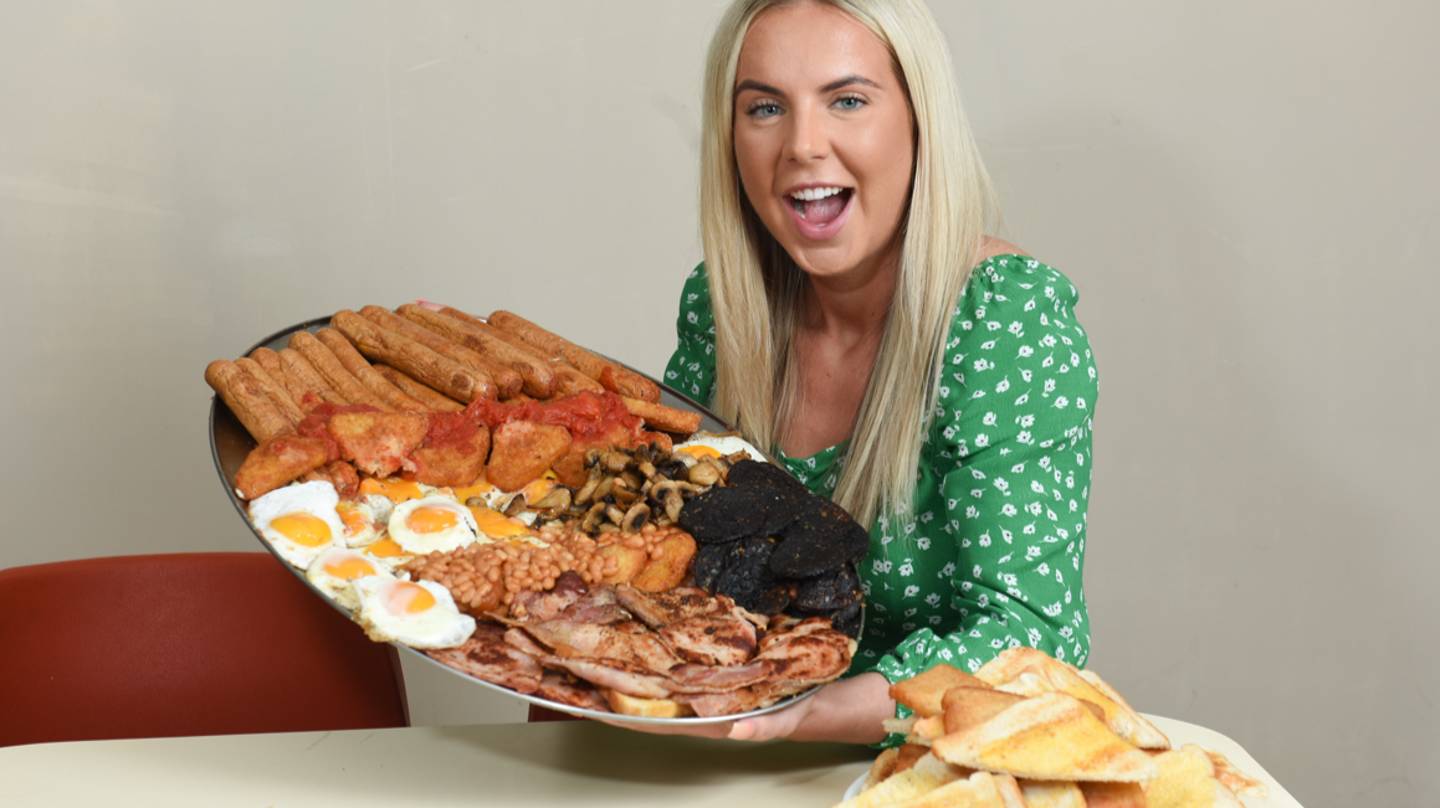 Eating challenges are cool, but there has to be a chance that you might actually finish it because otherwise what’s the point?

This is where I think that there’s really no point in a cafe serving up a 17,000 calorie breakfast because nobody’s going to be able to finish it and I doubt anyone would even want to order it anyway in the first place, but nevertheless, this is the angle that Shepards Place Farm in Doncaster is going with their new ‘Terminator Armageddon’ dish. Unsurprisingly it’s completely ridiculous consisting of 150 items, including 15 jumbo Lincolnshire sausages (the equivalent to 30 regular sausages), 15 rashers of bacon, 15 hash browns, 15 fried eggs, 15 slices of black pudding, 15 slices of toast and fried bread with butter, 15 portions of mushrooms, 15 portions of baked beans and 15 portions of tinned tomatoes. Wow.

Honestly, how the hell is anyone going to eat this? It could literally feed 15 very hungry people without any trouble whatsoever. Ted Philips – the owner of Shepards Place Farm – unsurprisingly had a lot to say about his stupid new menu item: 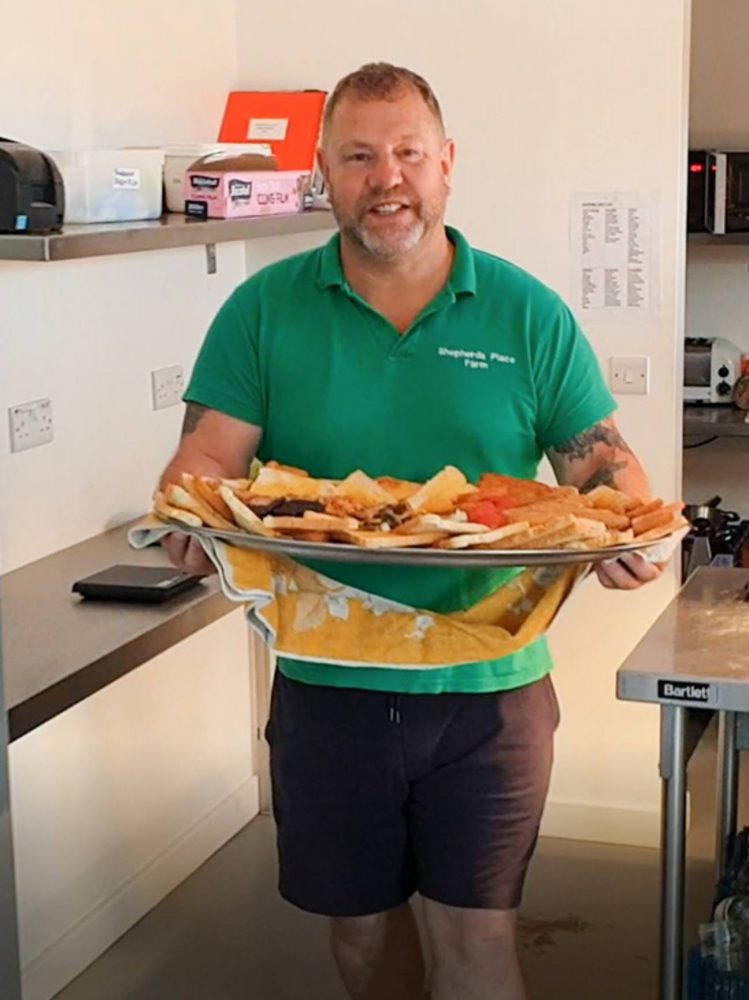 The Terminator Armageddon is officially the biggest breakfast in the UK.

I have already had messages from competitive eaters in the US who are desperate to get over and give the challenge their best shot.

We just progressed our breakfast challenges until we got to where we are today.

We are renowned for our breakfasts and we are proud to now be the home of the largest breakfast in the UK.

I’d seen a few food challenges in the US and on programs such as Man VS Food but I thought that I hadn’t seen many happening in this country so I started doing them.

They are so popular with our customers and we have had people travel from all over the country to give our breakfast challenges ago, so I look forward to welcoming even more people to try out the new Terminator Armageddon challenge.

It is absolutely massive and it was even hard for me to carry the tray over to the table as it was so heavy.

It easily weighs between 15 to 20lbs.

We use great quality ingredients in the challenges which I think also makes them such a huge success because people are genuinely enjoying what they are eating.

In this new challenge, we use huge sausages which are double the size of the regular sausages that we use so it is the equivalent of 30 sausages.

Along with 15 portions of each of the other breakfast items. It takes us about 20 minutes to cook because it is so big.

To be honest I don’t know how anyone will be able to finish this just for the sheer amount of sausages.

Yeah Ted, I think that’s probably what everyone reading this thinks because your challenge is so goddamn stupid. Sort it out mate.

Anyway, if you’re interested in trying it then the meal costs £50 – pretty good value to be honest – but you’ll get it for free if you finish it within the time limit of 60 minutes. To be honest, you might as well go in and buy it and feed your family for the week because it probably costs less than getting a fried breakfast every day. Think about it.

For more of the same, check out this one which is apparently the best breakfast in the UK. Looks much better.