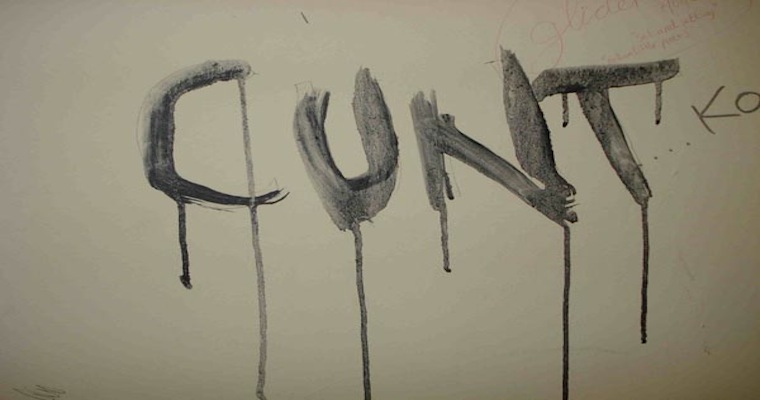 Ever felt frightened, disgusted and appauled by the C-word? Ever cried when someone called you the Big-C? Ever cut yourself while thinking about vaginas? A young ladies’ thoughts on the word CUNT, vajazzling, opression and feminine hygeine.

Firstly, I’d like to make it clear that I understand that feminism is totally uncool and that since it became hipper to get liberated by fvcking people than by getting involved in ‘hairy’ politics, I am going to mask my feminist vibez and try to take a slant on this article that will hopefully make it feminist with a twist of hip lethargy.

Basically, like most of my irritations, this particular gripe arose from working in a shitty pub where it is actually cool to molest the bar maids if they come out from behind the bar to collect glasses/ abuse/viral diseases. Now, for some reason, in this little minimum wage paradise, despite the general moronic misconduct to myself and all the other barmaids, there are certain boundaries that these toothless, witless, feckless, Carling chugging arseholes abide to with ABSOLUTE devotion. 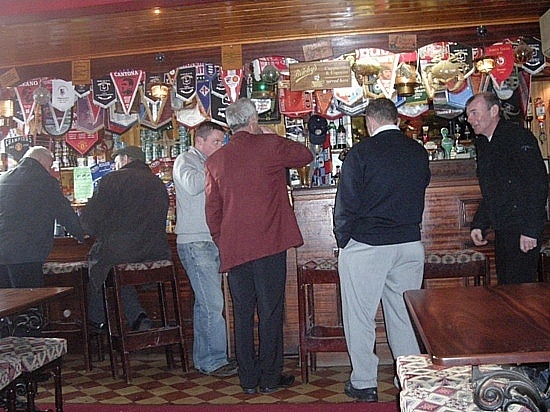 So, although men and women do not talk much to each other in these public houses- elderly married couples sit in silence, young married couples sit in silence, teenage unmarried couples fvck in silence in the toilets- I wonder if there are any females, bar slave or otherwise, who have not ventured into these depressing shitholes, and been patronized by large groups of undereducated men slinging the word CUNT around with endless enthusiasm, before noticing your breasts and shouting, “sorry love,” and clipping the insulting Daz/Smeg/Dane around the earhole for offending the fair and usually, recently groped maiden.

Personally, I find it really irritating when I get a private apology when someone else cunts off, like its every utterance is specifically aimed at me. I can’t help but think it similar to apologize to a woman for saying cunt, in a way, to approaching any poor fucker with a nice haircut and a slightly expensive man bag and expressing your regret that one of your hilarious lad mates called another of your hilarious lad mates a poof. Yes I have a vagina, yes some people are gay- F.A.C.T, but using the word as an insult and then creating such a stink about it that the cunt or the poof actually feels that they embody the word and are actually responsible for their inherent insertion into the lad dictionary is just rahuuuude. 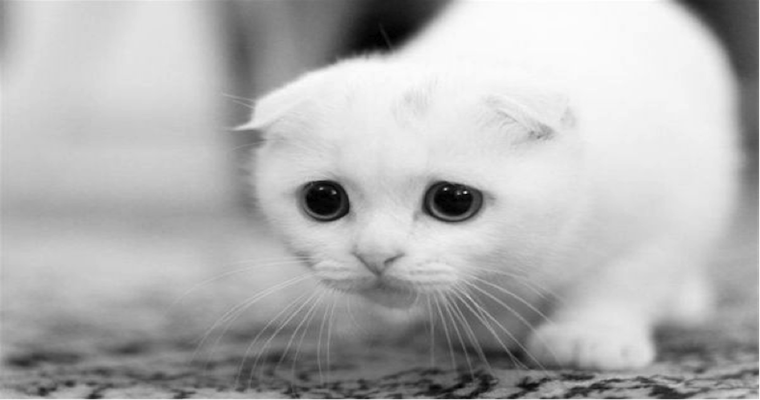 An ashamed puss-puss. Ask yourself- is this what you want?

So I wonder, what the fvck is it about the Big C? Does nobody else really find it incredibly inoffensive considering that it refers only to the water slide that we all use to enter the world?! Do you reckon if I went out into the street and shouted VAGINIA it would cause a mega shitstorm? You might think no- ‘vagina’ really is a word that I could say to my dad without blushing, but it was recently deemed too offensive to be included in a debate about abortion legislation. It must be tricky to discuss such a subject when, according to Republican Mike Callton the mention of the word during the conference, “was so offensive, I don’t even want to say it in front of women.” Ain’t that just the sweetest thing? 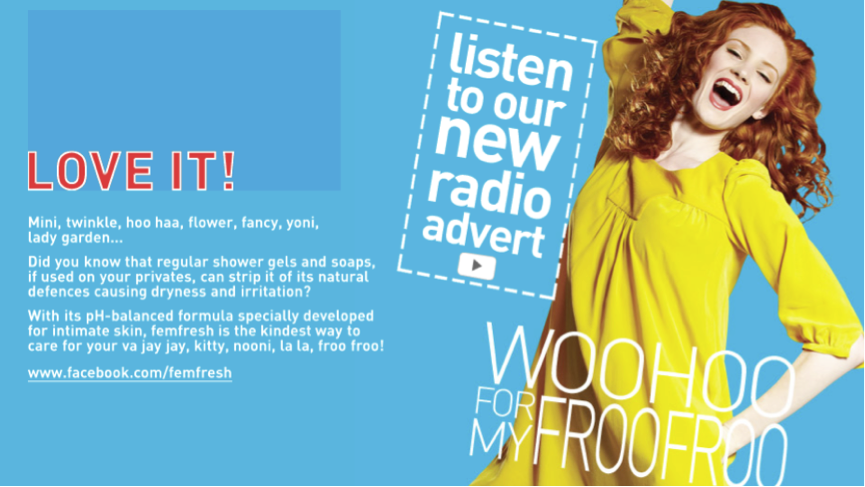 Sweeter still is this advert for FemFresh Wipes advert (another useless product designed to make women ashamed of their parts), which refers to the origin of all life as a mini, twinkle, hoo ha, fancy, yoni and lady garden. This is full on fanny shame, am I right? Okay so fine, let’s say you’ve finished pulling all the hairs out of your vagina and covering it with diamonte and shit, are you seriously telling me that we then we have to go and buy some specially created cuntwipes to make sure our beautiful designer minges aren’t whiffing? And now that we have made our genitals look completely different and, can I just say, MENTAL, we’d better not mention them ever again and if we really have to we’d better call them something nice like ‘froo froo.’ What the fvck?! Are these not all just made up words? I would defs prefer to refer to mine as cunt rather than twinkle?! Eurgh.

I am not* an uncool feminist but it does kind of feel like the constantly implied impact of our reproductive organs and the words that represent them, especially cunt, (“It’s the only word I won’t say,” “It’s just fvcking disgusting,” “I said it once and my Grandma/Mother/Sister punched me in the face,”) is kind of oppressive. Is it weird that insults relating to penises are ones that you could use when your younger brother knocks the pieces off the Trivial Pursuit board at Christmas? Do you even want to imagine the look on Nanna’s face if you used the fanny word rather than the willy one? 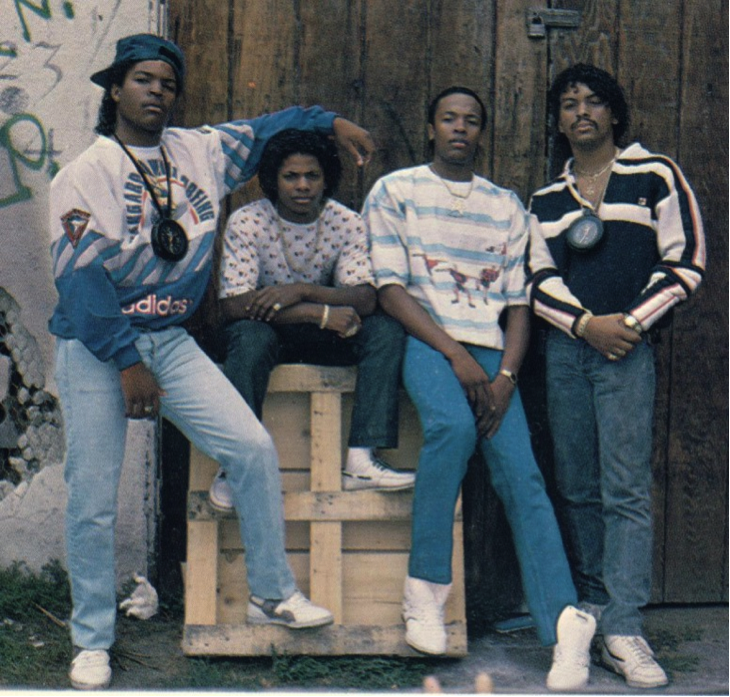 ‘Spose women could reclaim the word like NWA? Cunts With Attitude? 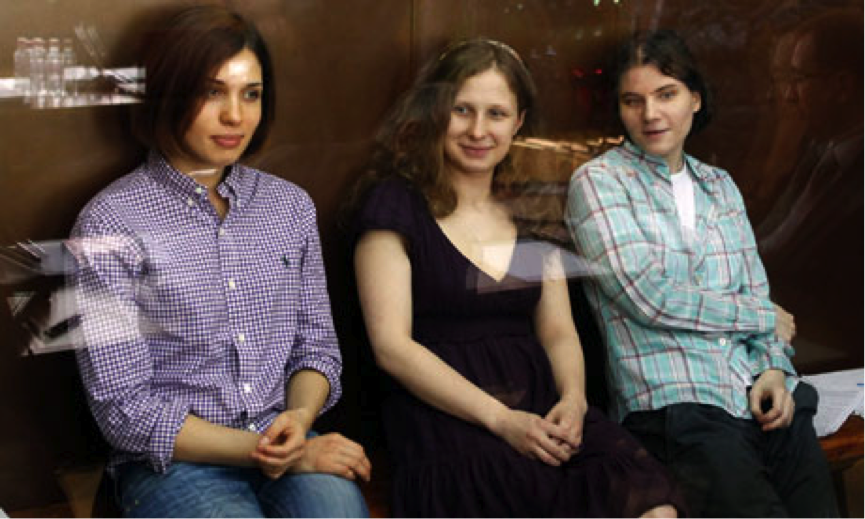 … Who are just about to start a two year prison sentence for ‘threatening the moral foundations of Russia.’Maybe not then.

But I guess that in favour of a fair arguement I have to consider that I could be suffering acute hysteria and the chaps in my pub, the wankers on the advertising board at FemFresh and those darling soft-cocked abortion legislators, are just sensitive to the fact that their boisterous mention of the word might remind me of the horrible, shameful beast that I have lurking between my legs and cause my womb to explode or something. I just feel like it’s all a little bit unfair. Okay, so I have one, *blush*, but, honestly, sometimes, behind that crusty old bar, I feel like pulling down my tights and saying, with tears in my eyes, “no, look, honest, I spent hours in agony waxing mine and mopping at it with tiny pink perfumed wipes, look… I’ve super-glued fvcking ridiculous diamonds in the shape of butterflies to dance around the top of my vagina, I mean foo foo, er hoo ha? Froo froo? I mean pussy, I mean… CUNT.”

â˜› More: Inside The Mind Of Any Girl Who’s Ever Worked In A Bloke’s Pub