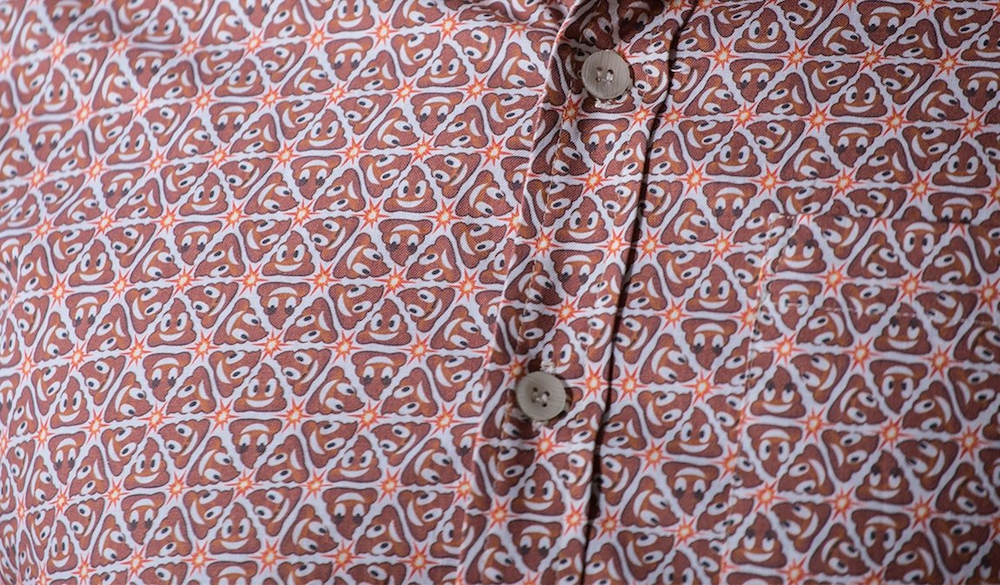 Emojis are big news and everyone loves the poo emoji because it just makes every conversation about ten times funnier, whatever the context. However, despite my love for it I’m not sure if I would ever want to wear a shirt comprised entirely of it – that just sounds really weird.

Clearly not everyone feels this way though because Betabrand have taken it upon themselves to produce a short sleeve shirt covered in the poo emoji. To be fair, it looks a lot better than it sounds because the emojis are all quite small and locked together so tightly that you can’t even tell that they’re poo emojis unless you’re really close up.

To be honest, it looks kind of cool and is probably a good way to pick up chicks in the bar if you’re confident enough to go out wearing one because it’s a great way to start a conversation. It’s probably the kind of thing you’ll see an accidental Chinese hipster wearing in a few years time though in all honesty.

Unfortunately, it’s not actually available to buy right now (goddammit) and Betabrand are currently looking at crowd funding to make it a reality, but you can look at some pictures of one below and on the following slides. If how much fun the guy and girl are having in the last couple don’t convince you to help crowd fund it so YOU could experience that much fun too by wearing this shirt than you really don’t know what having a good time looks like. Really great marketing – you’ll see what I mean.

Check it out on the following slides: 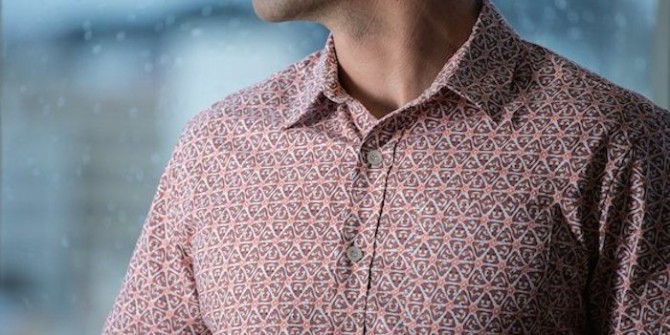