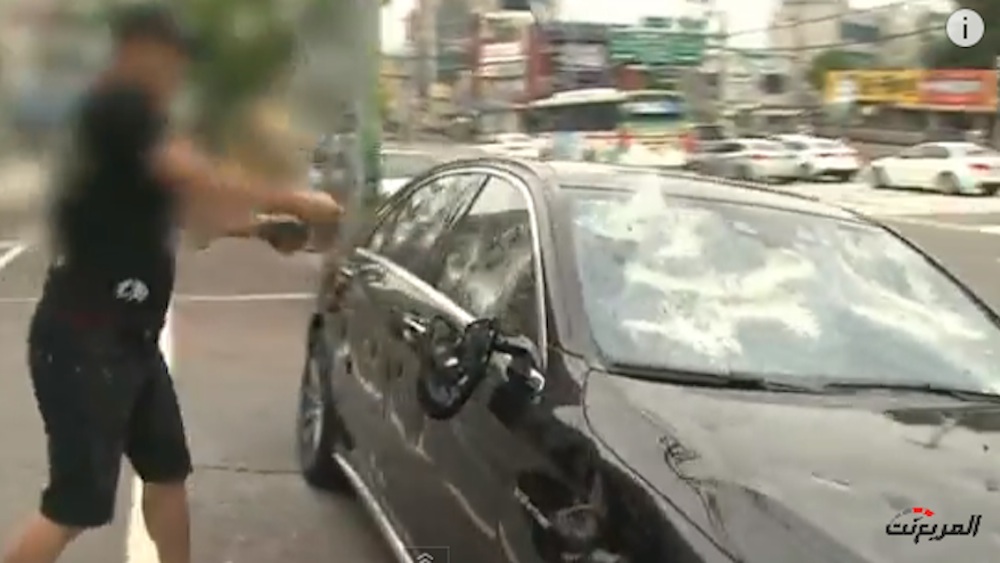 I suppose that’s one way to make a point?

I’ve always wanted to kick the absolute crap out of an expensive car, ever since that bonus stage on Street Fighter where you had to destroy the car as best you could in one minute. Of course, I’ve never had the bank balance to actually be able to achieve this dream, but it kind of fell by the wayside as real life got in the way.

Clearly that wasn’t the case for this South Korean businessman, who unloaded a whole heap of fury on his newly purchased $350,000 Mercedes S63 with a golf club. Apparently he wasn’t happy with the customer service he had received at the dealership and his best idea to illustrate this was to drive the car he had just bought around the back of the dealership and then smash it to shit with a golf club.

I don’t really understand the logic behind that at all, but it sounds like it would be a lot of fun, right? I mean if you can afford to spend that kind of money on a car just to destroy it instantly why not eh?

Wow, he really wasn’t holding anything back there was he? It’s almost as impressive as when this woman destroyed her ex husband’s car with a hammer. That really was brutal.