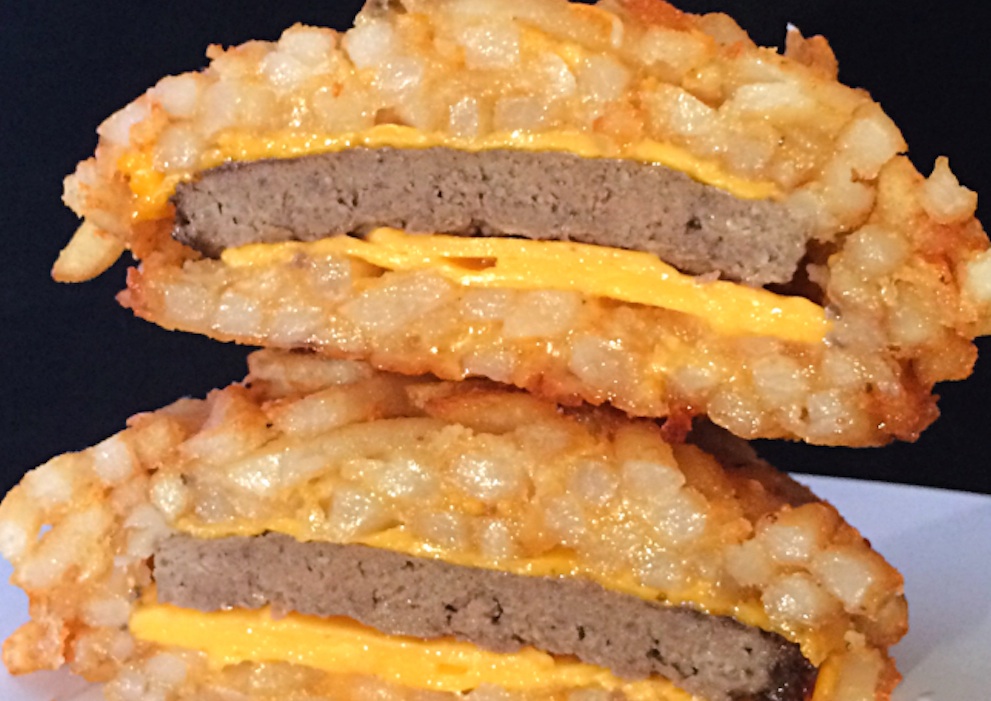 As we push the boundaries with more and more outrageous burger recipes – check out some of the ones we’ve featured recently here –  everyone is trying to come up with the ultimate combo and the Vulgar Chef might have done it with this creation which he’s calling the French Fry Burger Bomb.

It’s basically a bunch of burger (with cheese) surrounded by a bun of French Fries. I guess you get half the carbs or something, but it looks like it would be delicious. He basically gets a lot of fries cooked up and then forms them around the burger and adds cheese to help it all stick together, and then sears the ‘bun’ on both sides to make sure it’s solid.

And there you have it. The chef admits that he had to cook the burger a little longer than he wanted to to ensure that it was fully cooked so it isn’t served medium rare how he would ideally like it, but given that it’s his first go at it I don’t think you can complain too hard. It looks great to me and I would love to chow down on one right now because I’m pretty hungry. 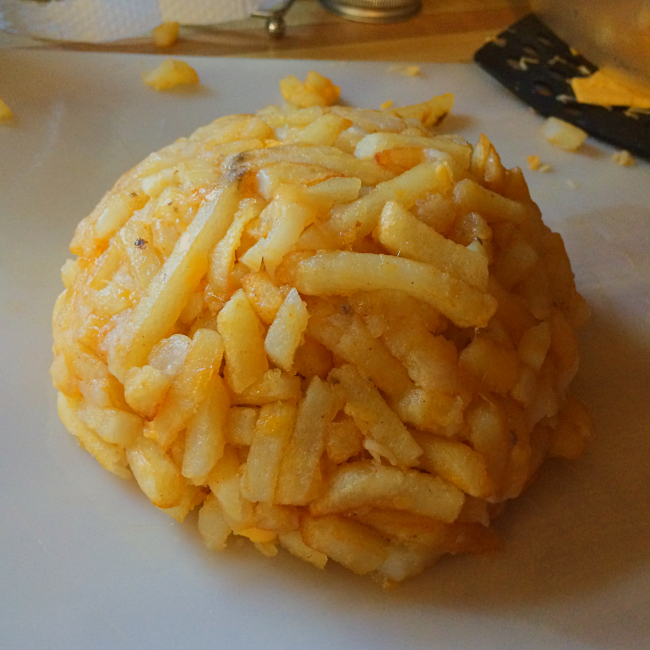 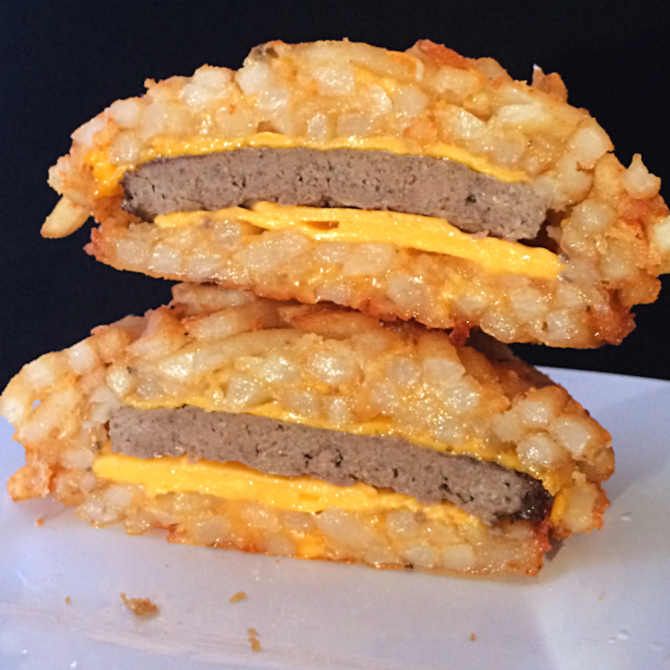