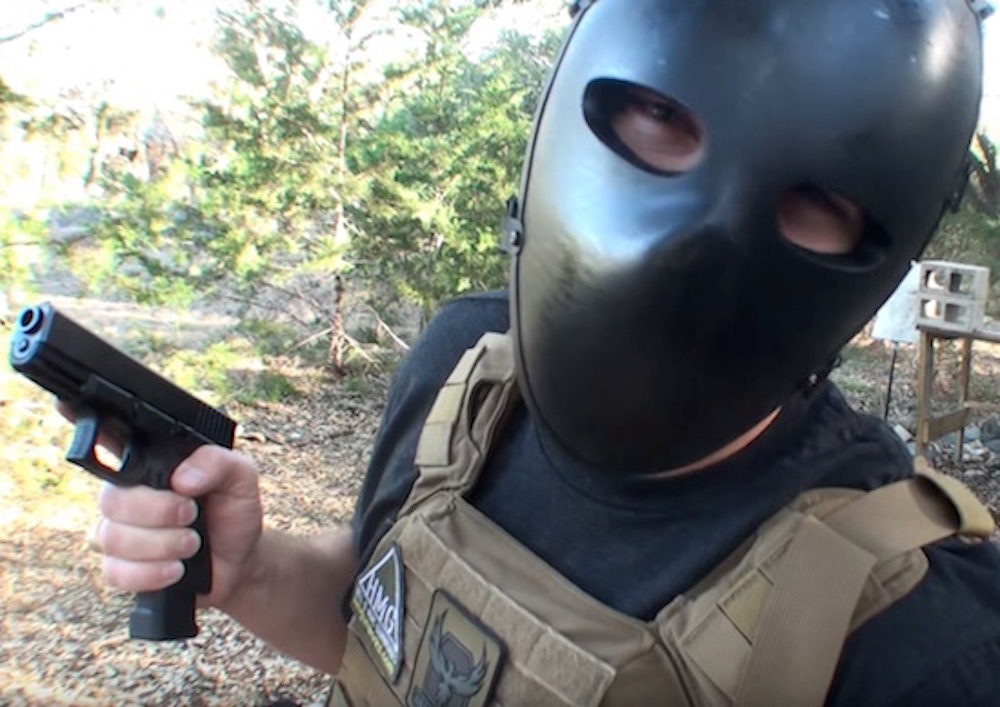 The guys over at Demolition Ranch are well known for testing out all the latest explosives and guns and accessories that come along with that genre, so it was only a matter of time before they made their way to bulletproof masks.

Bulletproof masks are actually used surprisingly frequently around the world, with the Taiwanese Army being the biggest employer, but SWAT teams and other armies utilise them too. Of course, testing out bulletproof masks means that the guys were pretty much going to be shooting each other in the face, and even if you’re wearing a bulletproof mask there is absolutely no way that that isn’t going to sting.

Just kidding, even the guys from Demolition Ranch don’t actually have the balls to get shot in the face – they’re testing them out on a mannequin instead. That doesn’t stop you seeing how effective and useful these masks are as they work their way through a whole bunch of different guns until they find one that will actually penetrate it.

I mean yeah, they’re cool with the fact that they stop a load of bullets and stop you dying, but it looks like with most weapons you might come up against that they’re going to totally and utterly mess up your face, which isn’t a good look and is going to absolutely cane as well. Best bet is to just not join the army/SWAT and ever be in a position where you might need to wear a bulletproof mask I reckon.

For more tips from Demolition Ranch, check out the coolest way to reload a shotgun ever.