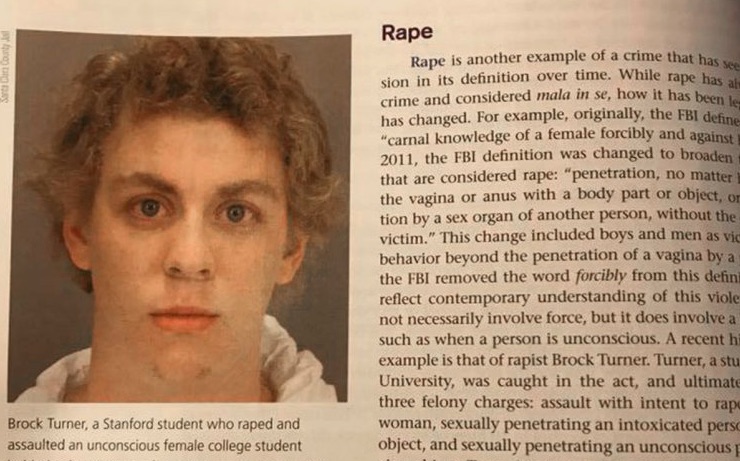 You’ve probably heard the story of Brock Turner, the promising college all American swimmer who was convicted of the sexual assault of an unconscious woman at Stanford University, yet received only a six month sentence which he served three months of, with many presuming that this was due to his affluent background and athletic prowess.

Whilst Brock has been out of the public eye since his conviction last year, the case has had a significant impact on American law and is still very much in the public consciousness. Controversially, Brock was never actually convicted as a rapist as the three charges he was found guilty of were sexually penetrating an intoxicated and unconscious person with a foreign object, digital rape and assault with intent to rape. Californian state law defines rape as penetration by the penis.

Many people were unhappy with the way Brock was punished for his actions following his conviction, and author Callie Rennison has attempted to set the record straight by including a photograph of Brock in her new textbook Criminal Justice: Systems, Diversity, and Change: 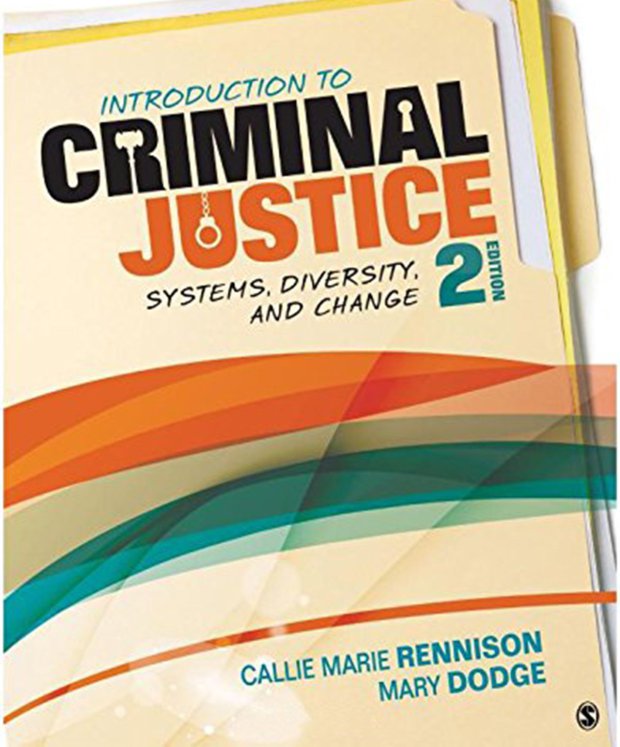 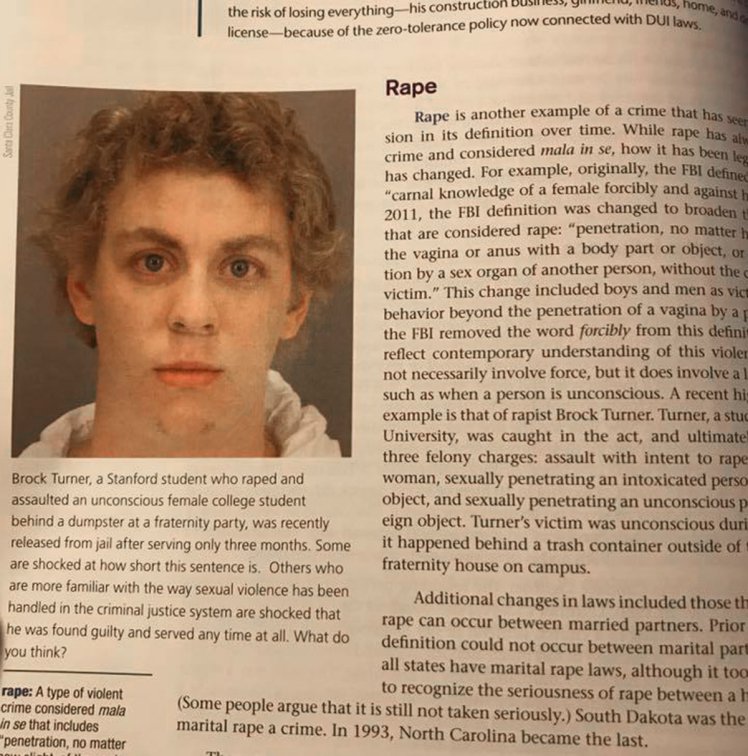 Ouch. I suppose the Brock Turner case does bring up questions of change in the criminal justice system, so it makes sense to include his picture here and the case in this book so it’s perfectly acceptable to present it there. I think we all know what Rennison is doing though and Brock probably does deserve to be shamed for the rest of his life for his actions, but you only really need to Google him for that to happen. Definitely doesn’t hurt for him to be remembered in a glossy print textbook as well though.

For more Brock Turner, check out when he begged to go back to jail after being released. Kid really did screw up his whole life.