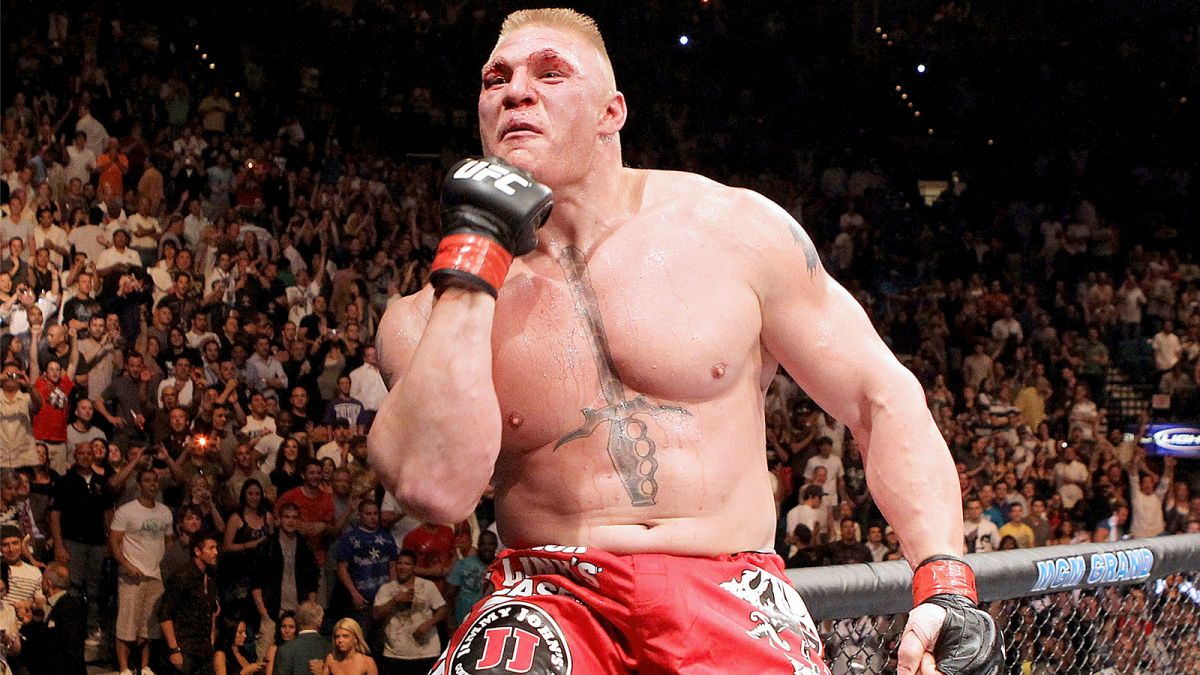 Guess they needed to up that buy rate after Conor McGregor dropped out.

As well know, UFC 200 was shaping up to the biggest event in the history of the sport, but when it was announced that Ronda Rousey wasn’t going to make it and then the Conor McGregor/Nate Diaz fight got bumped off it too, it suddenly wasn’t anywhere near the spectacle we all thought it was going to be.

Sure, Jon Jones v Daniel Cormier is a solid main event, but neither of them have the same pulling power as Rousey or McGregor so UFC have pulled out all the stops and brought back the man who currently has the highest buy rate for any UFC PPV in history and whacked him on the card too. Yes, even though Brock Lesnar is under contract with the WWE at the moment, the UFC have somehow managed to broker a deal to get him to appear on UFC 200. His opponent at this time is a mystery, but it’s due to be announced pretty soon.

Here’s the promo video they dropped on Saturday night which is pretty dope and features a little cameo from Brock at the end:

It’s time! You might be confused about how Brock is allowed to compete at UFC even though he’s currently under contract with the WWE, well they released the following statement to try and clear that up:

Brock Lesnar remains under contract to WWE, however, he has been granted a one-off opportunity to compete at UFC 200.

Following this milestone event on July 9, Brock will return to WWE for Summerslam on Sunday, August 21, live on WWE Network.

Looks like everyone wins. Now we just have to wait and see who Brock will be fighting.

If you’ve got any doubts that Brock is an absolute badass, then check out this video of him destroying everybody who gets in his way on his WWE debut.