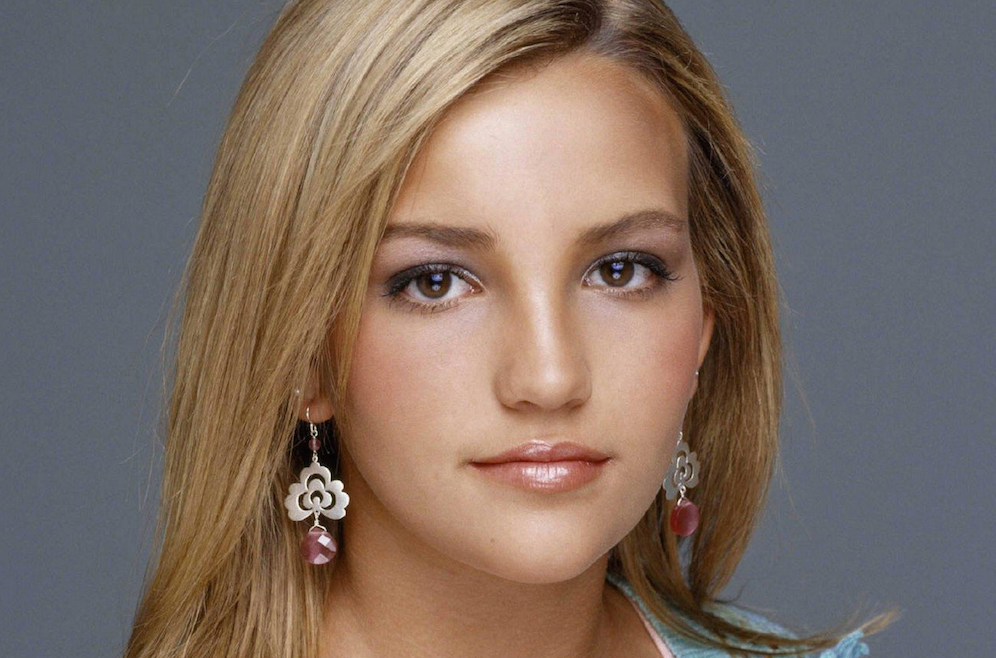 I guess crazy runs in the family.

Jamie Lynn Spears is Britney Spears much less famous younger sister, but it seems like she also shares her sister’s penchant for going off the rails and getting into trouble.

This incident may not necessarily have been all her fault though, as she’s just trying to break up a brawl that her female friend accidentally got involved in with some men having a massive bust up in a Pita Pit in Los Angeles. The fight actually looks pretty brutal on the security camera – they’re really going at it – and Jamie Lynn and her friend weren’t even doing anything but just get caught up in the crossfire as it makes its way across the restaurant.

Jamie Lynn isn’t having any of it though and immediately storms behind the sandwich counter to grab a huge knife to try and break it up. Unfortunately for her, a Pita Pit employee – who looks like the typically stoned guy in a beanie who would work in an establishment like this – manages to stop her bringing it into the fight merely by standing in front of her and probably telling her not to bring a knife to a fist fight.

You gotta admire that girl’s balls for even attempting something like that though as she would likely get her ass kicked or at the worst end up stabbing someone herself. It’s almost as ballsy as Britney allowing her music to be used to torture Somalian pirates – that hasn’t got to be good for her brand but it’s great to see her helping the nation out.

Like I said, it must run in the family.