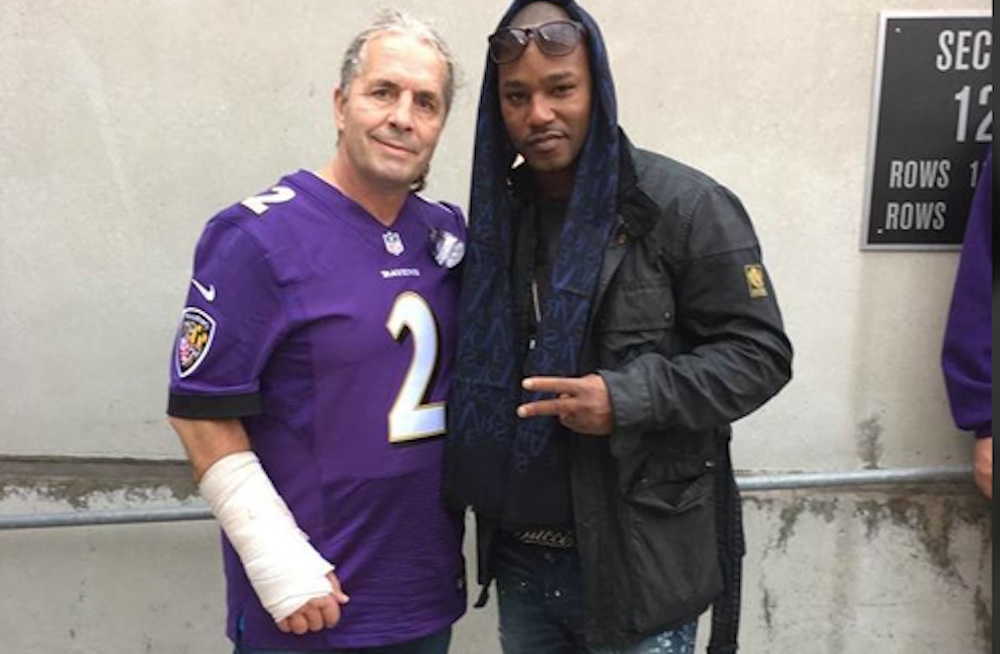 Sounds like Bret is getting a bit bored in his retirement.

Bret Hart has decided to team up with Cam’Ron and write a whole rap record about wrestling in order to raise money for a Canadian financial company called ‘Sharpshooter’. I’m not entirely sure what Sharpshooter does or if Bret and Cam’Ron are investors in it or what, but I know that they’re both interested in making this rap album.

However unlikely this partnership may be, apparently they’re both really stoked on it. Apparently the company set them up on a bonding weekend where they went to a Baltimore Ravens game together and they fast became friends. As soon as Bret was on board with it, Cam’Ron was sold and went back home and made a whole album full of beats to rap over.

You can hear one minute of the first song below. It isn’t really very good:

Ooof. That was kind of painful. I don’t really know much about Cam’Ron but I’m assured he’s a rap superstar and I really would have expected something better from him in that case than this. Oh well.

I’m not exactly sure what Bret Hart is brining to the table here either, except maybe some money and the legitimacy (?) required for someone to make a rap album about wrestling, if that’s even required? I’m holding out to hear him perform a guest verse though – I mean it can’t possibly be worse than CamRon sleepwalking through a verse can it? It almost made B.o.B.’s flat Earth rap from last week sound good.