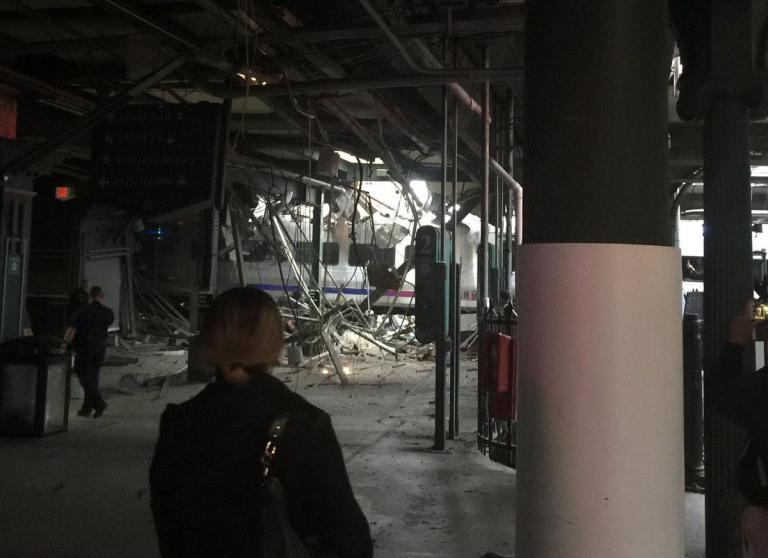 This is not good.

New Jersey’s Hoboken station resembled something out of a disaster/action movie this morning as a commuter train hurtled at full speed into it, ploughing through a barrier and onto the station and causing several casualties.

The exact number of those injured or killed are not yet known, but several Twitter users are reporting that a large section of the building has collapsed and several people are walking around covered in blood in the surrounding areas. As the crash happened so early in the morning, the platform was full of commuters heading into New York, so the outlook isn’t good.

Here are some reports from Twitter and a couple of photographs on the situation:

Disaster this morning for the NJ commute. Train ran right through the Hoboken terminal pic.twitter.com/nnTpZwzwUs

Fuck me that looks absolutely horrific. No details are known about the crash yet, but the station is at the end of the line which is why it was the worst place the crash could have happened and why there seems to be so much damage and so many casualties have been suffered. It’s being speculated that the train derailed and went straight into the waiting area/foyer of the station hammering through everyone gathered there.

Thoughts and prayers with the victims of this awful disaster obviously. Let’s hope as few people were injured by it – not like when this giant crane collapsed in New York a few months ago.