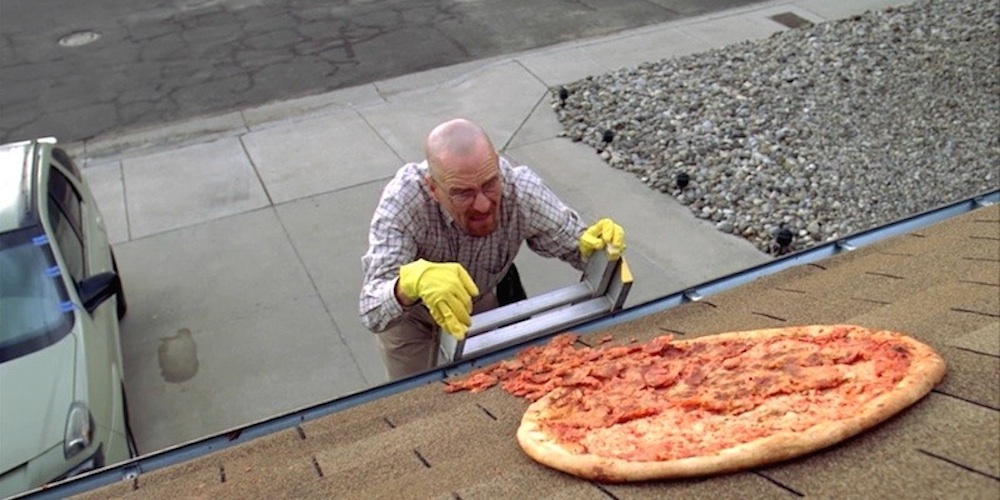 Creator Vince Gilligan isn’t happy about it though.

Breaking Bad may have finished almost two years ago, but that doesn’t mean that its fans have forgotten it.

The latest way that fans have chosen to express their love for the show is to throw pizzas on top of Walter White’s actual house in Albuquerque, New Mexico. In case you forgot the scene, you can view it below:

However, series creator Vince Gilligan isn’t very happy about it, stating the following in the latest pod cast for spin off show Better Call Saul:

There is nothing original or funny or cool about throwing a pizza on this lady’s roof. It’s not funny, it’s been done before.

Jonathan Banks – who plays Mike Ehrmantraut even promises to hunt down and kill anyone he catches doing it. So if that applies to you, then just quit it already. This is a woman’s house and nobody likes having pizza thrown on their roof. Have some respect.

If you want to listen to the section of the podcast where they discuss it, you can do below around the Austin 3:16 mark. If you need any help reminding yourself of Breaking Bad, check out these posters illustrating every single episode.