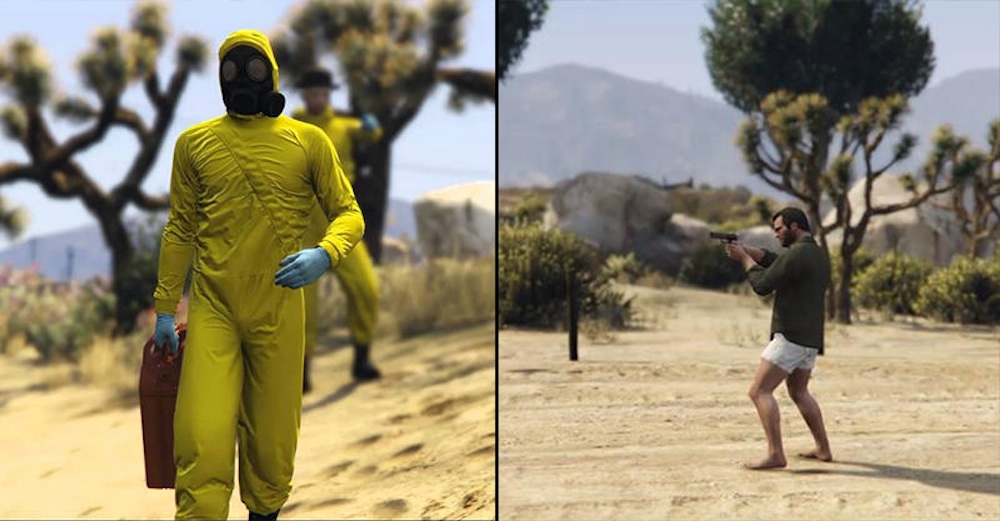 I haven’t really ever considered the idea of a Breaking Bad video game – most film/TV show to video game adaptations completely suck so there isn’t really that much point – but somebody went above and beyond the call of duty to recreate some of the best Breaking Bad moments in GTA V and it completely rules. Obviously there are going to be spoilers if you continue reading this or watch the video, so if you don’t want to see them then stop reading now dumbass.

Despite the spoiler warning there isn’t much to say about the video except that it probably doesn’t have enough Jesse Pinkman in it if we’re going to be honest. Some other classic scenes are missed out – I thought for sure they would get Hank getting killed in there – but I suppose you can’t recreate everything in GTA and we should be grateful for what he has included. It’s also awesome that he used the Badfinger song from the last episode as the music to the video too. Attention to detail gets you double points in my book.

If you’re still missing Breaking Bad, check out these posters illustrating every episode.