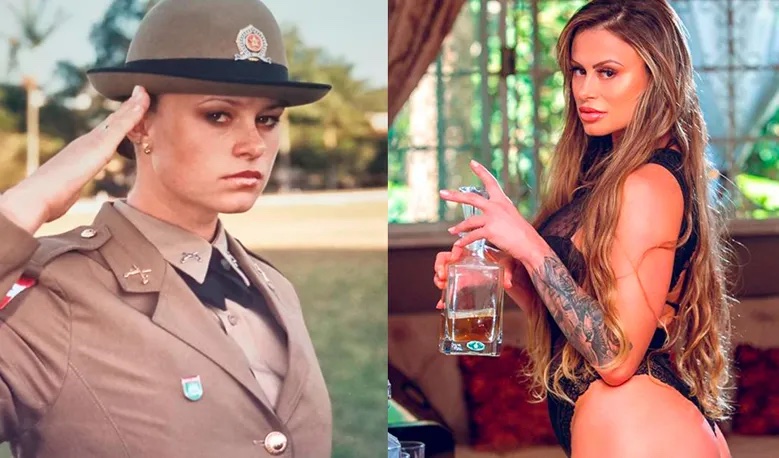 Never want to support the Germans, but…

The World Cup is starting to heat up as we enter the end of the group stages today with several of the traditionally big footballing nations staring down the barrel of a potential exit to the competition.

Brazil are strong favourites to lift the trophy come December 18th, but I’m not sure if Germany are looking likely to get that far after a defeat against Japan on the opening day has led to the possibility of them not even qualifying. Fans all over the world will be rooting for them on Thursday though after former cop turned Only Fans model Tati Weg – who is now being dubbed ‘The Hottest World Cup Fan’ by some outlets in the ‘World Cup Beauty Contest’ that is currently going on – promised to share nudes if Brazil beat Germany in the final.

Here’s what she had to say about her proposition:

From the beginning, I wanted to represent Germany in the competition, but I was afraid of criticism for the 7-1 result (from back in 2014).

That game was hard to swallow, right? So, I started with the mission to erase that, because I’m Brazilian and I’m divided, right?

I’m the great-granddaughter of Germans. All my family is from there, but I don’t want to celebrate a thrashing.

Those who are on my OnlyFans don’t even remember that thrashing by Germany [laughs]. There, the rivalry is sidelined. And, if the final is [between] Brazil and Germany, there will be nudes for free.

Sounds like a pretty sweet deal right? Only problem is that I don’t think that there’s any way that Germany are getting to the final here, although they probably will at least scrape their way out of the group stages like they always manage to because they’re such slippery bastards.

When England inevitably get knocked out in the quarters though this will be something to cheer for at least. Probably another horse to back that’s destined to failure.

For more of the same, check out Harry Kane wearing a rainbow Rolex at the World Cup. Guess how much that set him back.