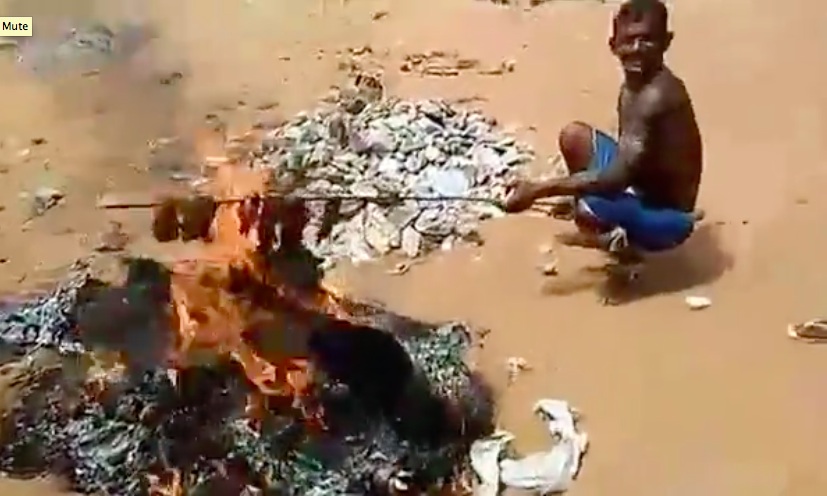 This video is not for the squeamish.

Prison riots have broken out at Alcacuz Prison in the north eastern Brazilian city of Natal, as rival gangs took control ten days ago. So far 26 men have been killed in the riots, which have been going on for ten days.

Although this sounds horrific enough on its own, the incident has taken an even darker turn as footage has emerged showing prisoners cooking the flesh of fellow inmates over a barbecue. In the sick video, the cannibalistic lags show off as they cook pieces of meat on a skewer over a bonfire, claiming that they are the remains of a rival.

So far only 22 victims of the violence have been identified so far, with forensic experts still trying to figure out who two heads, a forearm, an arm and a leg removed by the prison guards belong too. Sounds like absolute carnage.

Elite military police are expected to intervene as soon as possible in order to restore order to the prison. Although it sounds like it’s a little late if 26 men have been killed and they have resorted to eating each other. Apparently one of the guys in the video can be heard saying, “and this is only the beginning.”

Fuck me, that sounds like one of the most terrifying places on earth. If you needed more evidence of how messed up Brazilian prisons can get, just check out this video. Don’t say we didn’t warn you.