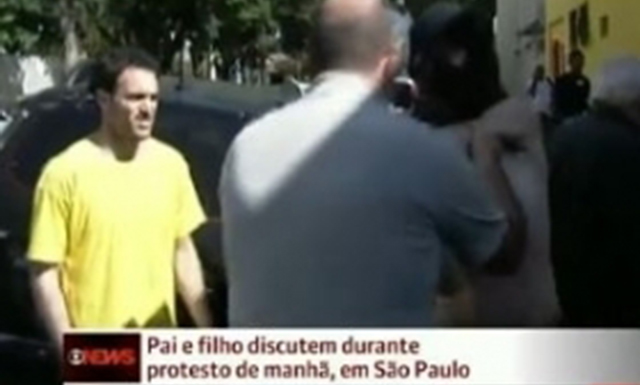 Dad properly embarrasses his son in the middle of anti-government protest.

As protests got into full swing in SÃ£o Paulo yesterday, one dad showed up and found his son amongst them (even though he had his face covered). As soon as people clocked what was going on they started filming the dad berating his son:

At one point the son says “I have the right, let me express myself”. His dad responds “you were not created for that. You will have your right while you work and earn money.”

â˜› At Least He Didn’t Do This: Romanian Dad Roundhouse Kicks Son In The Face

That’s basically all the translation available but you don’t need to be bilingual to figure out this dad’s basically telling his son to fix up and get a job instead of protesting in the streets. Pretty awesome dad move, if massively embarrassing for the kid.