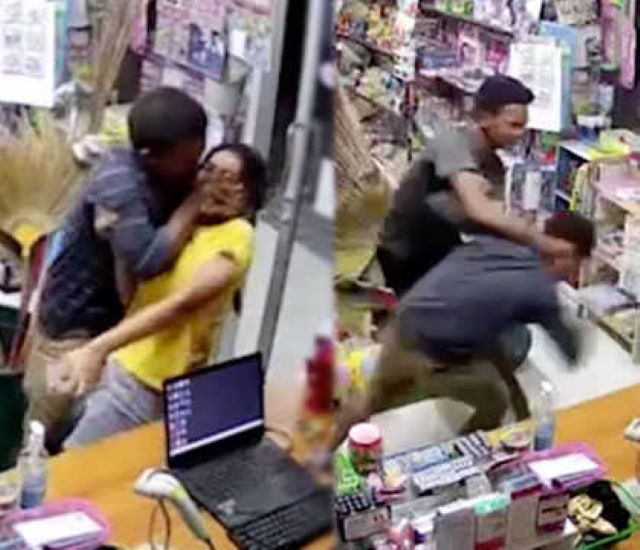 A female shop owner who was being sexually assaulted in her own shop was rescued by her boyfriend who showed up in the nick of time just as things were about to get a whole lot worse.

The incident took place in the Punpin district of Thailand at 7:20pm the other night, and it turns out the lady actually called her boyfriend and asked him to come to the shop while the attacker was still browsing, as he was behaving ‘unusually’:

Apparently the rapist managed to get away in the end, so that sucks. Obviously there are very clear images of him on CCTV though so I’d imagine it’s only a matter of time before he’s caught, and boy you do not want to be a rapist in a Thai prison filled with kickboxing murderers, that’s for sure.

Fair play to the boyfriend for getting a few good licks in, unfortunately he wasn’t able to restrain the attacker but I think he still did enough to be considered a hero. I wish he’d just locked the door and gave the rapist a beatdown to remember until the cops got there. Alas. That would have been boyfriend goals, indeed!

For the tourist facing 2 years in a Thailand prison for leaving a negative hotel review on TripAdvisor, click HERE. Whoops.