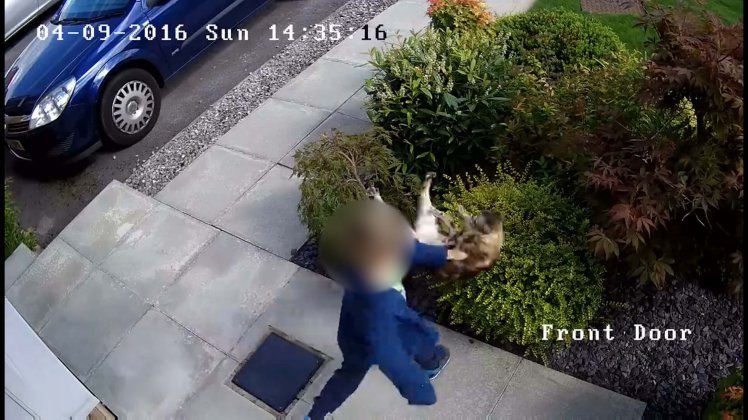 Don’t mess with the neighbourhood cat.

A five-year-old boy in Manchester torturing his neighbour’s cat got a taste of his own medicine this week when the cat decided to fight back.

The cat, named Sky, gives him a few chances to back off but eventually takes a swipe at the boy’s throat to defend herself:

The cat’s owner Neil says the kid’s parents slammed the door in his face when he tried to talk to them about it, and when he reported the incident to the RSPCA and police they were unable to take action because of the boy’s age.

The boy’s family have now accused Mr Fisher of trying to ‘shame’ the five-year-old by posting the footage online. To be fair I don’t think he’ll be messing with cats any longer after that experience but cool to see an out-sized animal defend itself anyway.

For a video of a cat getting electrocuted under a lampshade (and surviving), click HERE.