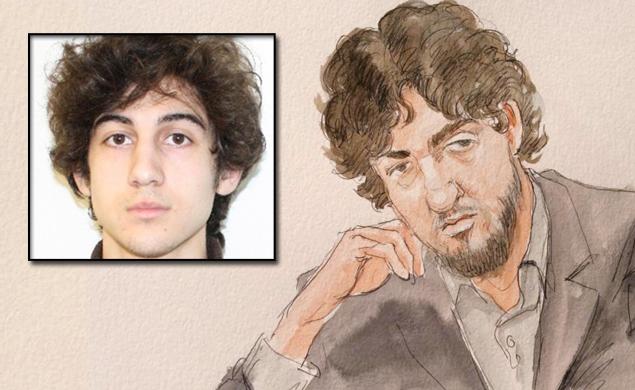 Yesterday evening, Boston Marathon bomber Dzhokhar Tsarnaev ended his silence by apologising for himself and his brother killing and maiming all those people, right before he was sentenced to death.

Here’s the statement he stood up and read in court:

Thank you your honor for giving me the opportunity to speak. I’d like to begin in the name of Allah, the exalted, the most gracious …

It is a month during which hearts change. Indeed a month of many lessons … If you have not thanked the people, you have not thanked god. So I’d first like to thank my attorneys, those who sit at this table, the table behind me and many more behind the scenes. They’ve done much good for me and my family. Made my life in the last two years very easy. I cherish their company, their love … I’d like to thank those who took the time out of their daily life to come and testify on my behalf despite the pressure. I’d like to thank the jury for their service and the court.

If you are not merciful to Allah’s creation, Allah will not be merciful to you. I’d like to now apologize to the victims and the survivors.

(He paused and coughed.)

Immediately after the bombing, in which I am guilty of, if there’s any lingering doubt about that. I did do that along with my brother. I learned of some of the victims. I learned their names, their faces, their age, and throughout this trial, more of those victims were given names. More of those victims were given faces. And they had hearts and souls.

Allah says in the Koran that no soul is given more than they can bear. You told us how horrible it was. How horrendous it was the thing I put you through. I know that there isn’t enough time in the day to (apologize).

I wish that four more people had the chance to get up there, but I took that from them. I am sorry for the lives that I’ve taken. For the suffering I caused you, for the damage I’ve done, irreparable damage.

My religion is Islam. The god I worship beside no other god is Allah. And I pray to Allah to bestow his mercy on those affected by the bombing and their families. With every hardship .. I pray for your relief, for your healing for your well-being, for your strength.

Praise be to Allah. 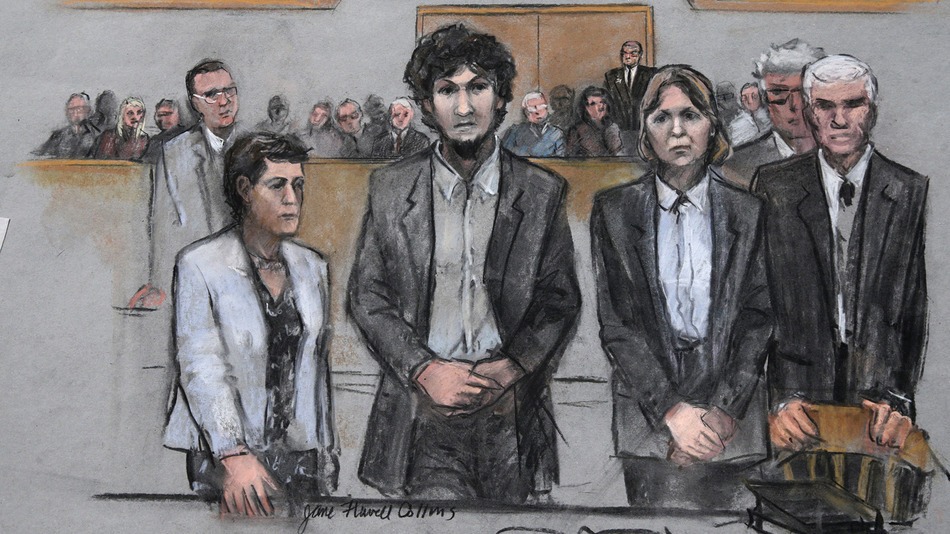 Firstly – fuck this guy. Secondly this wouldn’t even be worth blogging if it wasn’t for this ridiculous part of his speech, which I can’t believe they let him read out:

So I’d first like to thank my attorneys, those who sit at this table, the table behind me and many more behind the scenes. They’ve done much good for me and my family. Made my life in the last two years very easy. I cherish their company, their love.

What? Sorry but his victims must’ve been rolling in their graves listening to that. There should be nothing made easy about this guy’s life whatsoever. He should be forced to run a marathon every day and then get blown up at the end of it each time. Instead he’s got a bunch of lawyers and friends and family making his life easy and keeping him company. What are they ordering Chinese food and playing Monopoly every night or something? Thanking them in court in front of everyone is a straight up troll move.

Come on America, I thought you guys hated terrorists more than anyone. This guy is a savage. He blew up a bunch of innocent people. He didn’t even denounce terrorism or extremism in his speech.  Not long ago he was sticking his middle finger up in court FFS.

Oh well, I guess he’ll be dead soon. Still, not a cool precedent to set for treatment of terrorists of the future.