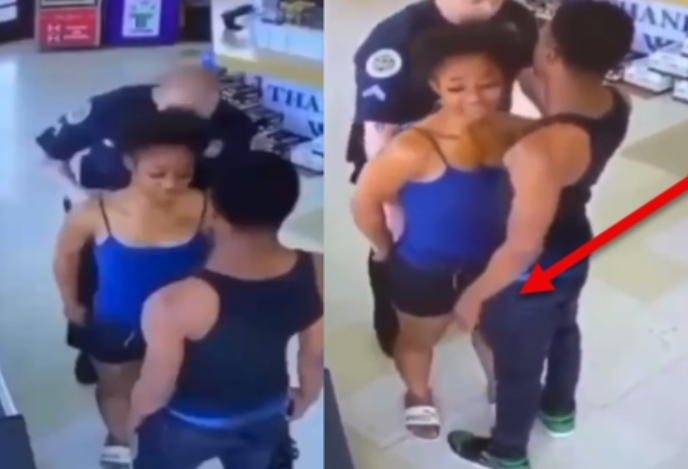 A dopey police officer over in the States allowed a suspect’s boyfriend to hug her goodbye as he handcuffed her – not realising they were sneakily removing a giant, incriminating bag of cash/drugs/evidence she was holding inside her pants.

Would have worked a charm too had it not been for the CCTV:

Expertly finessed the police officer there, but unfortunately for this couple they were themselves finessed by the security cameras. I guess it was a ‘now or never’ situation though and impressive teamwork nonetheless. Even still, how dumb must that cop have felt watching this footage afterwards? He’ll never trust another criminal he’s putting handcuffs on ever again.

Another question I have is whether the boyfriend was in fact helping the girlfriend here or vice versa? Was he taking stuff away from her so that she wouldn’t catch additional charges? Or was that package, whatever it was, something that would have incriminated him? Oh well, I guess it doesn’t matter anymore because they’re both fucked now. Good luck to the 2020 Bonnie & Clyde in prison.

To watch a man make an incredible escape from police after being tasered on the ground, click HERE. How the hell did he manage that?