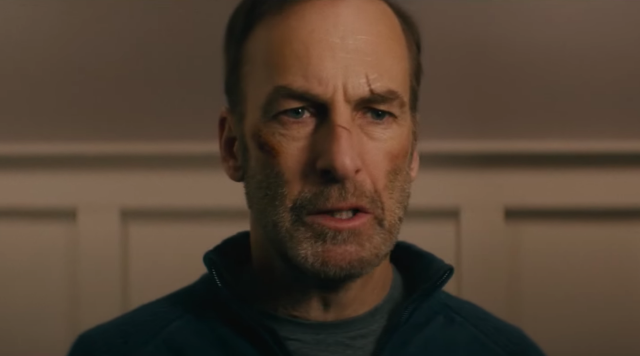 When you’ve finally had enough of Walt and Jessie’s BS.

When you think of John Wick-style ass-kicking action stars, you don’t really think of Bob Odenkirk, who smashed it out of the park as hilarious lawyer Saul Goodman on Breaking Bad & Better Call Saul. But it turns out actors can act!

In ‘Nobody’, Odenkirk plays a suburban dad who learns how to toughen up. And boy does he! Get a load of the awesome trailer below:

Holy shit. Bob Odenkirk might actually be one of the best actors in the game right now. This actually looks genuinely good even if it’s a story we’ve seen a million times before. Did I also see a Mike Ehrmantraut cameo at the 0:47 mark? Always a good thing.

I don’t know why they’re saying “in theatres only” in the middle of a pandemic but I guess they’re hoping things will be back to normal by February. Otherwise they’ve got to stick it on a streaming service as well, surely? Either way, gonna have to find a way to watch this. It looks too good!

For news on the incoming Wedding Crashers sequel, click HERE.