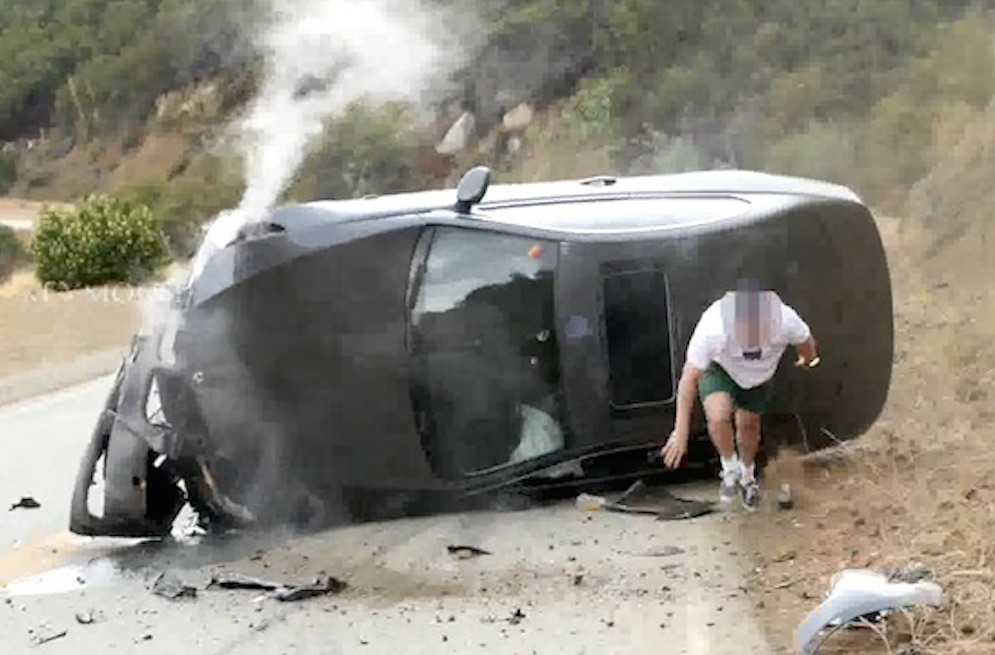 Mullholland Highway over in California is an absolute incredible piece of road that meanders through the Santa Monica mountains overlooking Los Angeles.

However, these meanders also mean that it’s a highly dangerous section of road, with one part in particular tagged as the most crashed corner in Southern California. It comes at the end of a two mile section known as The Snake, for obvious reasons.

In the video below, you’ll see why it’s the most crashed corner in SoCal as a guy thinks he can glide round it at a fairly decent speed, but then loses control like a dummy and flips his car. Amateur.

The driver claimed that he slid on water which is why he ended up flipping the car. He was uninjured.

Man, what an idiot. You would be so pissed off if you smashed your car like a moron like that.

It’s kind of suspicious and weird that these guys were filming in 4K and just happened to catch this (and that there were so many people just hanging around there), but I suppose if it is one of California’s most notorious crash spots then it makes sense to pitch up there one day and do some filming on the off chance you might catch some sweet footage like this. That’s the only real explanation.

This has got absolutely nothing on the worst car crash you will ever see though.