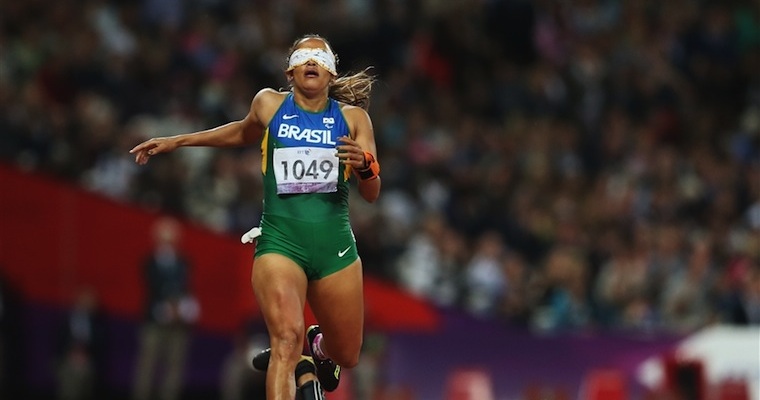 The Paralympics just keep getting better and better. Today we look at the awesomeness of blind running. 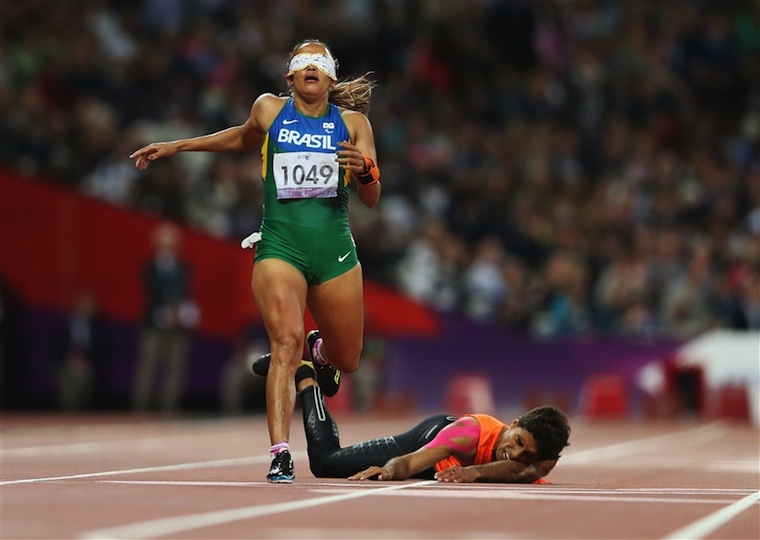 I hope you’re all thoroughly enjoying the Paralympics as much as we are.

The Paralympic events just keep getting better and better. I’d like to congratulate GB on putting a great show. Well done GB and everyone involved.

First we saw some amazing shots during Paralympic table tennis, followed by some sick wheelchair basketball (which we didn’t even knew existed), and now we’re been treated to the amazing events of blind running and wheelchair rugby AKA ‘MURDERBALL’!!!. Sounds like something Tim Newman would write about.

Last night something amazing happened during the blind running event. I’m not sure if it’s because my body’s in detox mode at the moment and therefore highly emotional, but I’m telling you right, man was covered in motherfucin’ goosebumps head to toe. The event was blind running, and it was spectacular.

The race was between three Brazilians and a Chinese lady, with Brazilian Terezinha Guilhermina taking the Gold. Now the first thing that was just plain amazing was the way that the race was done. I originally (not sure if I was trolled) believed that blind runners ran with the aid of a bell. Yeah, a bell. I’m not sure how I thought it worked, maybe that there was a different pitched bell at the end of each runners’ lane, and that was the sound that they had to follow, because when you lose one sense your others get stronger. Turns out that’s not how they do it at all, not in this race anyway.

The race I saw last night involved 4 racers and 4 guides. The guides were able bodied runners who were someway attached to the blind runner and ran alongside them to guide them. In the race I saw they were attached by some kind of material around each others’ wrist. Essentially a three armed race. They could probably work the same principle and connecting their legs together, but I guess that would just turn the event into a three-legged race.

So Terezinha Guilhermina won the race. She celebrated in true style by dancing and just being plain awesome and obviously enjoying life to the max (take note all you miserable fuckers who are depressed, life ain’t that bad) and by placing her blindfold (for some reason blind racers have to wear blindfolds? Surely there’s no point in that but whatever, I don’t make the rules. I guess it makes it fair in case one runner is less blind than another) on her guide. After Terezinha Guilhermina took off her blindfold and put it on her guide’s eyes, the commentator said this was Terezinha Guilhermina forgiving her guide for what had happened in the previous race, which was when the guide tripped over mid-race, taking down Terezinha Guilhermina with him and therefore losing the race. I can’t find a video but here’s some pretty spectacular photos of what happened. An inspiration to us all: 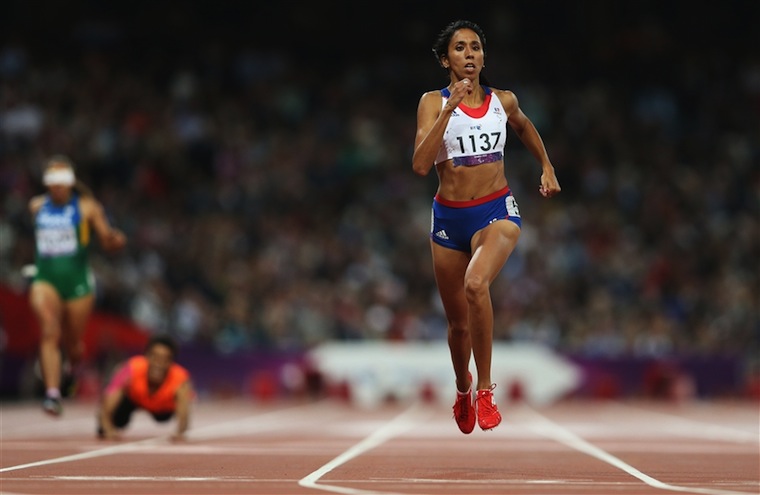 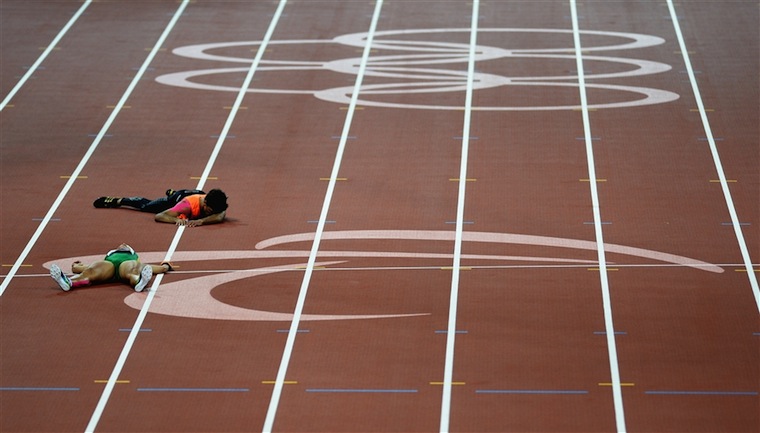 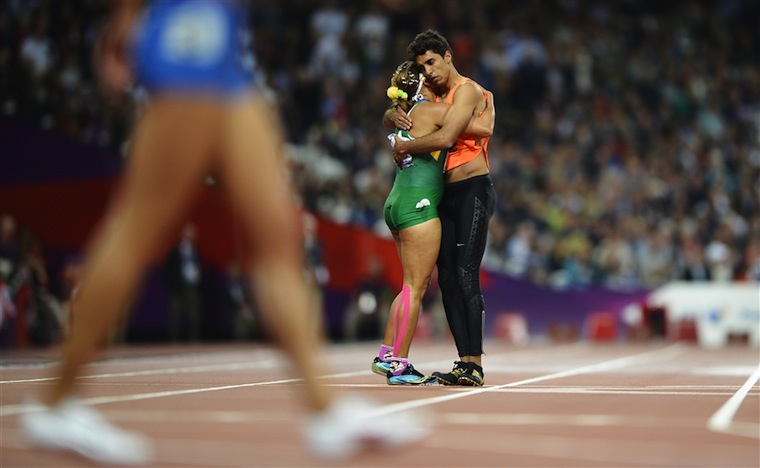