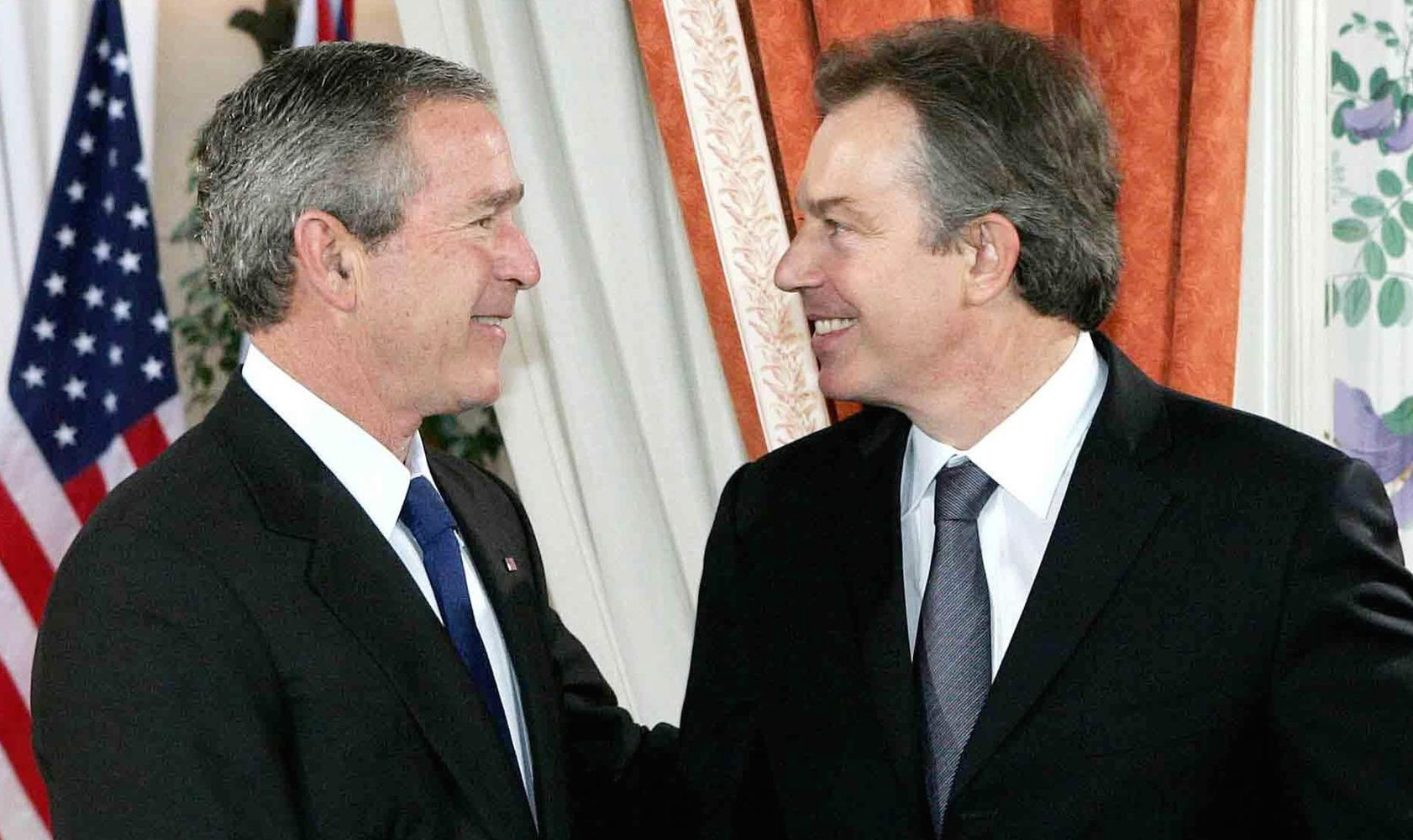 Stand by your man.

29 messages written from Tony Blair to the then US president George Bush have been released as part of Sir John Chilcot’s inquiry into the Iraq war.

One of the letters in particular which has sparked controversy is a six-page memo noted as ‘secret and personal’ sent back in July 2002, eight months before the Iraq invasion. In it he discusses that the removal of Saddam Hussein would “free up the region” and warns that Iraqis might fight back.

He also asks Bush whether he would want or need a coalition after saying that:

I will be with you, whatever.

Jeez, sounds more like a modern love tale than a political relationship. 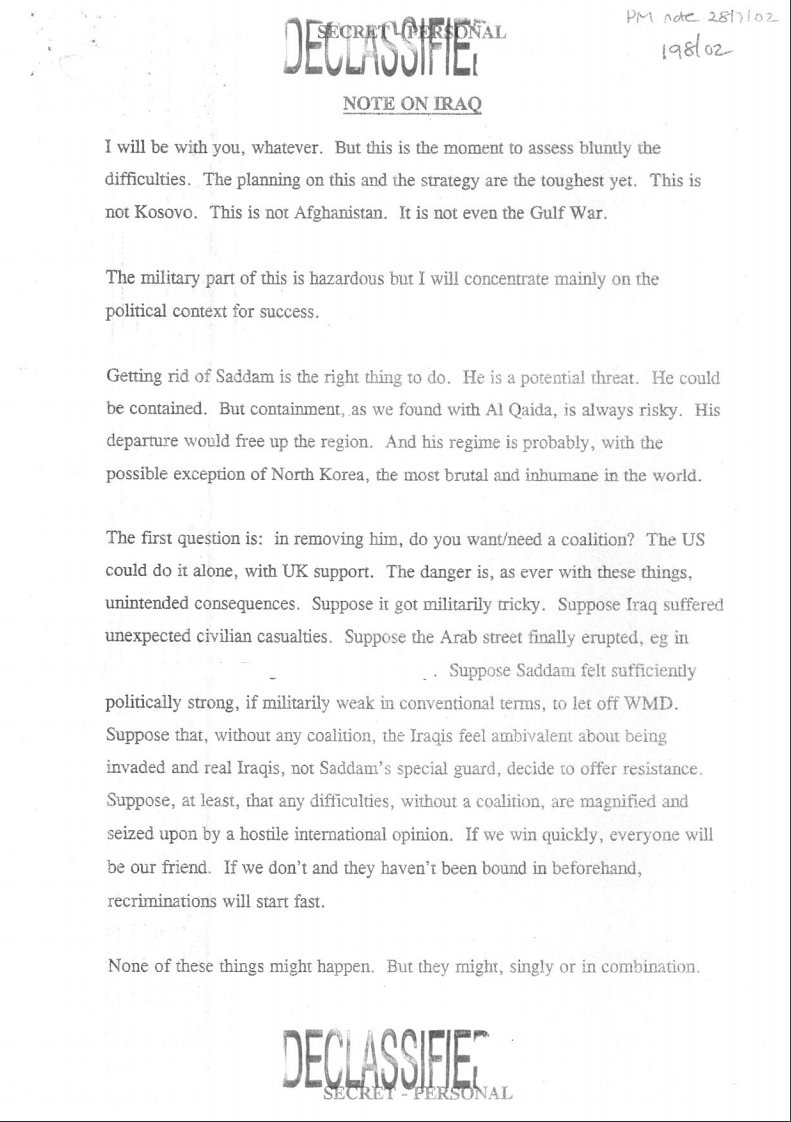 The rest of the letters tell a story of Blair struggling to get together a reason for invasion even though there was no evidence of weapons of mass destruction in Iraq, him struggling to convince Bush to try to win UN support for invasion and his strong belief in the moral correctness of getting rid of a dictator, Hussein.

Furthermore, Blair also criticised the objection to the war in Europe, saying that:

A ludicrous and distorted view of the US is clouding the enormous attraction of the fundamental goal.

However, Blair’s confident tone changed a couple of months after the invasion in 2003, when he visited Iraq, as he wrote to Bush saying:

The task is absolutely awesome and I’m not sure we’re geared for it. This is worse than rebuilding a country from scratch. We start from a really backward position. In time, it can be sorted. But time counts against us.

It’s good to know we had such a mentally stable and self-assured leader in charge of the killing of innocent civilians over in a country that absolutely should not have been invaded. This wasn’t a war, this was murder and the blood lies on Blair’s and Bush’s hands. The Chilcot report proves this, although kind of annoying it’s taken over a decade to publicise something that we already knew long before the bombs had dropped.