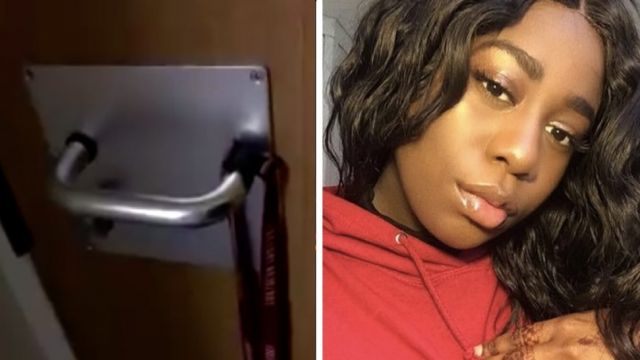 You might think that this country had made great strides against racism in the past twenty years or so, but then you see a video like this and you sadly realise that not much has changed at all.

The video comes courtesy of a Nottingham Trent University fresher named Rufaro Chisango who was subjected to some pretty gross racist abuse inside her dorm room last night. She’s the only black person on her floor in halls, and it sounds like a couple of lads decided to get drunk and sing and dance racist songs outside her bedroom door.

Probably not how she saw her Wednesday night panning out. Anyway, she decided to film the abuse and you can see the video of it below:

Disgusting. Thankfully it seems that the university and the police are going to be investigating the incident, having both replied to her tweet and asking her to get in contact and provide more information.  Following on from that, you would think that the culprits are probably going to get fingered pretty quickly and will probably end up getting the book thrown at them, hopefully by getting either expelled or arrested.

Hopefully that will finally set an example to people about what this kind of behaviour is completely and utterly wrong, but I’ve got a feeling it’s going to take a long long time before it’s eradicated for good. Check out this anti-racism social experiment from Lithuania for all the feels if this didn’t get you already.