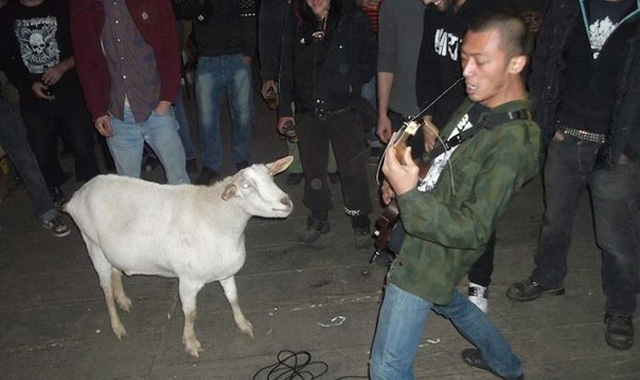 Reports only just reached the web yesterday but Biquette – a ten year old goat who rose to Internet fame after being dubbed the ‘Punk Rock Goat’ – died sometime last month in Muriac, France where she lived and partied. Although an avid regular to the grindcore scene, Biquette’s soul and personality were as tender as her meat. Biquette was said to have enjoyed nibbling butts from ashtrays (to the dismay of her owner), even attempting to yank still lit cigarettes from other fans as well as drinking alcohol and would try to chug down oil and paint. Flo, a worker at the farm/creative space spoke in a recent interview for Noisey about the goat:

“…she always loved concerts, settings with lots of people. As soon as there was someone she had never seen, she stuck up against them for an hour! And when there were lots of people, it was above all a chance to go steal a little tobacco or something else that was lying around!”

On the next I’ve compiled a gallery of him at his best, alongside an appropriate soundtrack – ‘Good Times’ by one of Biquette’s favourite bands, Wormrot. She could be found front of stage rocking to their tunes and according to their manager followed them around wherever they went:

“When it was Wormrot’s turn to play, the goat suddenly went in front of the crowd and watched them play the whole set. It was just chilling around at the corner when other bands were playing.” 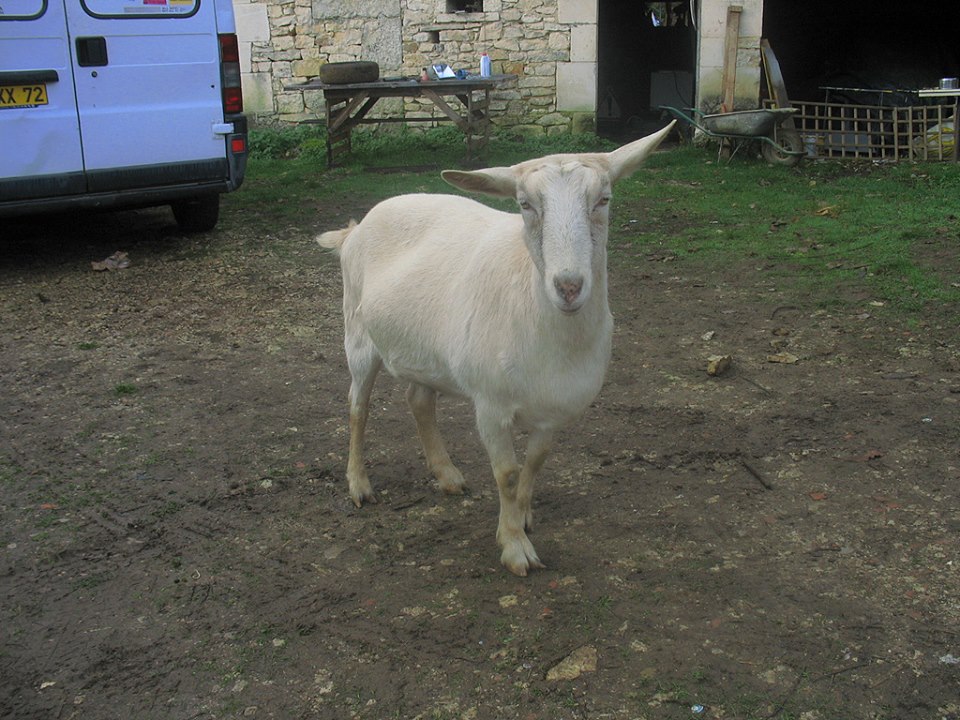