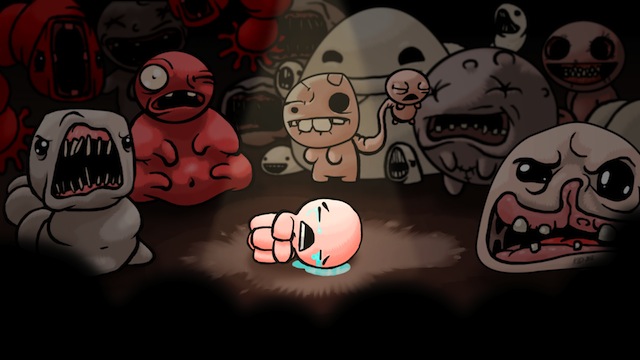 Poor and bored off your nut? Let us hook you up with some cheap fun that won’t end with a painful wee.

As consumers, whenever a bargain is presented to us, the first thing we always think is “if it’s that cheap, there must be something wrong with it”. But surely there are some things out there you can purchase for less than a fiver that haven’t been pieced together by a thousand three-fingered Chinese orphans?

If you’ve played any indie games in the last 5 years, you’ll know that the answer to the above question is actually yes. Chances are, you’ll have heard of the Binding of Isaac too. No, I’m not talking about the story from your Mum’s Bible — that book was pieced together by Chinese orphans, although they had more fingers when they were bookbinders.

â˜› PC Gamers Really Are Twats: What Does Your Console Say About You?

Well I’m now here to tell you what to play, as well as what to watch and read, and where better to start than one of the most successful indie games of all time, The Binding of Isaac. Welcome to the first edition of Shit Hot Games for Fuck All.

The Binding of Isaac is an Indie game from the same mind behind Super Meat Boy and lots of other free fun things (like a game called Cunt. Sold, am I right?). It’s bloody good, and if you haven’t done so yet you should play it. It’s a top-down 2D adventure/shooter game, which is usually called “Roguelike”, but Rogue is an old game that even I haven’t played, and to other people who haven’t played it, it’s just a meaningless word. Basically it’s like the original Zelda, but with a lot more blood and guts and poo, and this time you’re a little naked boy and your only weapon is your tears. 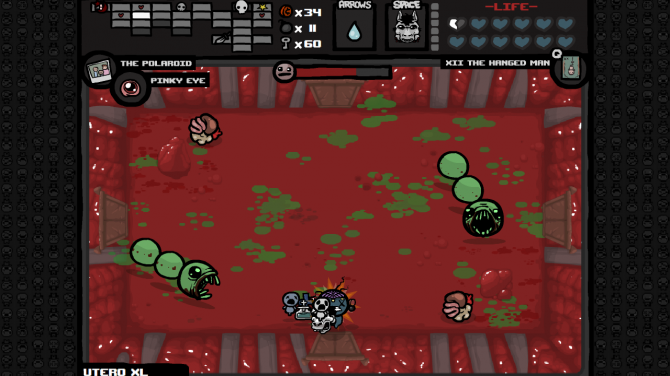 Every time you play the game, it’s slightly different, which makes it a bit like gambling, which makes it a lot addictive. You progress through square rooms filled with traps and hideous abominations that look like they were aborted from Satan’s missus’ clunge. The first thing you’ll notice about it is that it’s impossibly difficult. A lot of indie games are like that, but The Binding of Isaac just isn’t fair. Your enemies will bleed at you, cry at you, spit flies at you, or just touch you (and more!) in order to damage you. Put simply, everything kills you.

You also get random items on each floor which can help you or harm you, but most of the time the items are double-edged swords. These items can be pretty much anything, ranging from turning you into a horned satanic demon that vomits gallons of blood, to giving you the ability to fire laser beams, to just melting off half of your face (a personal favourite).

To top this all off it’s only £3.99 from Steam (as usual, there is a bit of downloadable content that will set you back £1.99, but it almost doubles the size of the game) and worth every penny given how many hours you’ll spend playing it. 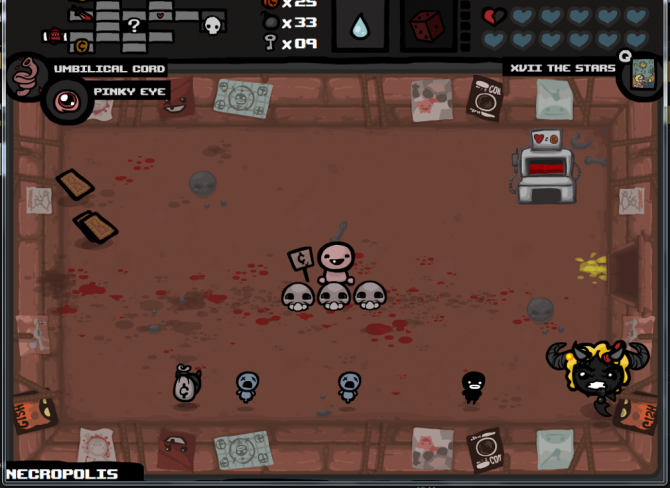 “But Scrot!” I hear you cry, “I don’t like playing games in my computer/keyboards are gross/computers are for spreadsheets, not fun/I don’t know what a Steam is”. Indeed, it’s currently only out on Mac & PC, but it is only a flash game so a lot of computers can run it. If that’s not good enough for you ungrateful little bastards, a newer, bigger updated version is arriving this later year for PC and consoles under the name The Binding of Isaac: Rebirth, so no excuses not to play.

There’s not really much I could tell you that will actually prepare you for playing this game because you can’t actually be good at it, you just don’t always die immediately. You can beat the game (although arguably you can’t win), and there is a really great story behind it that you’ll be able to access once you finally stop dying at the first boss. I’ll stop talking now and let you watch a video of it I found on the internet: