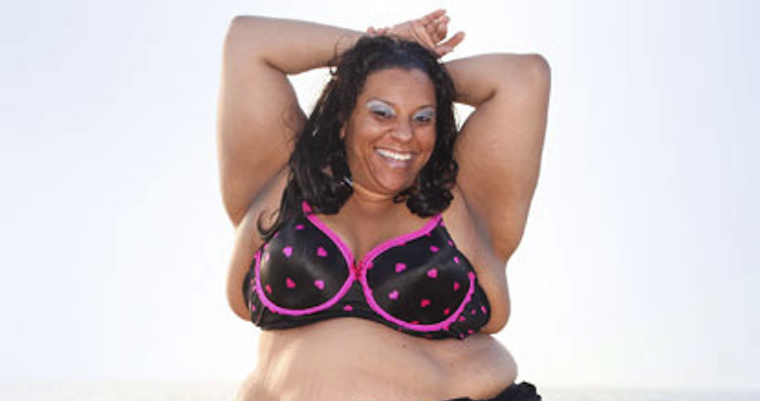 They belong to this woman and have a circumference of 8 feet. That’s longer than the height of every person in the world.

This is kinda gross but you just can’t look away when you see stuff like this either because you can’t really believe that people are doing this kind of stuff to their bodies and are cool with it and not doing everything they possibly can to avoid looking like this. But in fairness to this woman, she seems to love it so you know whatever, you go girl. This is Mikel Ruffinelli and she owns the biggest hips in the world.

They’re 8 foot in circumference, which is pretty damn huge and she just looks really really weird and gross to me but I guess some people are into that. No, they actually are because she has a side job on a modelling site called Big Beautiful Women where she earns a whole loada extra cash which she uses to help fund her psychology degree, which she is on the verge of completing. She’s 40 years old so I’m not sure what she’s done for money/education the rest of her life, except maybe work on getting her hips so large so she can get that sweet modelling contract. 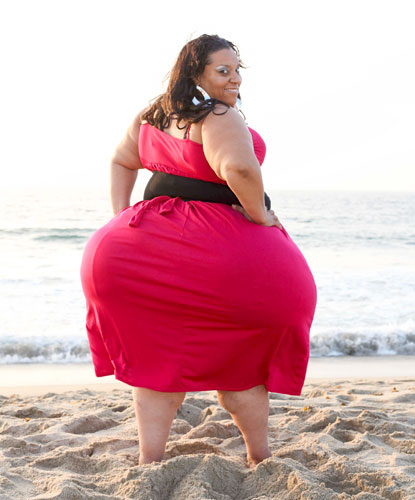 Mikel claims that her hips started getting so big when she started to have her kids, the first of which was at the age of 22. She’s now got 4 and she claims that having so many (so many?) caused her hips to balloon to the size that they are now. I guess this might be true but I’m sure I’ve seen women who have had as many kids if not more and their hips aren’t anywhere near as big, but I’m not an expert in these matters so I guess I’ll just believe her on that one. She now weighs in at 420 pounds (420, hehehehe) and says that she needs to consume 3000 calories a day in order to keep her ‘bootylicious’ figure. Right. She definitely NEEDS to do that.

Apparently she did try to lose the weight in the past after he pregnancies through milkshakes and the Atkins diet and other crap like that that doesn’t really work (or does actually work if you don’t consume 3000 calories a day on top of it and don’t do any exercise) and she tries to retain her curves (??) by exercising in swimming pools because she can’t run on land because her ass is so big. I did just type that sentence yeah, but it doesn’t really make any sense to me whatsoever, so if you were thinking it sounded weird then don’t worry about it, you weren’t alone.

Mikel herself loves her body and had the following to say about it: ‘I don’t want to get bigger, but I don’t want to lose my curves. I look great. I hope I inspire women to think, ‘She’s happy with her body and I can be too!’ which you know is pretty great but I can’t really help but think she’s using the phrase curves a bit too generously.’

Fortunately for her too, her husband Reggie absolutely loves her body too. Maybe don’t read this quote if you don’t want to puke up in your mouth a little bit: ‘My husband finds my shape sexy and we have an amazing time in bed — there’s no position we can’t do! He tells me I’m beautiful every day. Men don’t like skinny girls, they like an hourglass figure.’ An hourglass figure, right OK, because you look like an hourglass. Maybe one where there is so much sand it in the bottom half of the hourglass has broken and all the sand has spilled all over the street but there’s still more sand coming out and piling on, yeah maybe then.

In all seriousness though it’s great that her husband still loves her and her body and that she’s really proud of it too and wants to inspire other women to look how they want to look,  but I really didn’t need to know about their $ex life. TMI sister, seriously.

Here’s what you’ve been waiting for, a bunch of pictures of her. I like the one with her family the best probably: 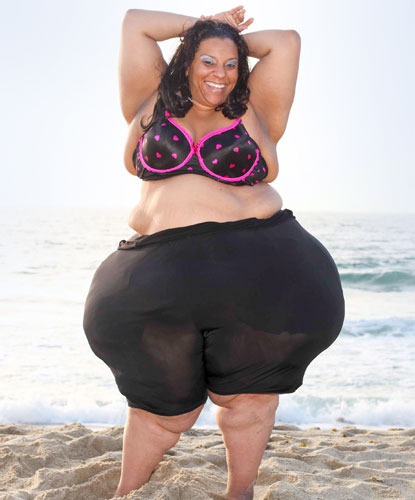 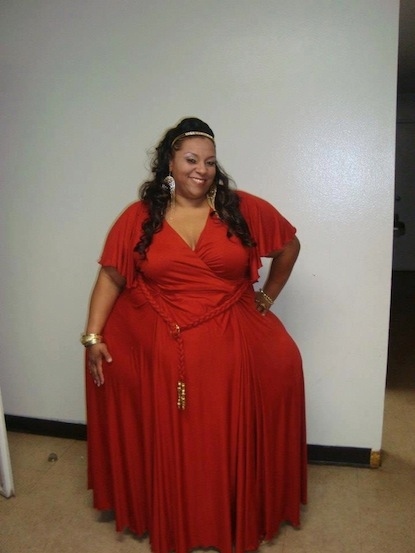 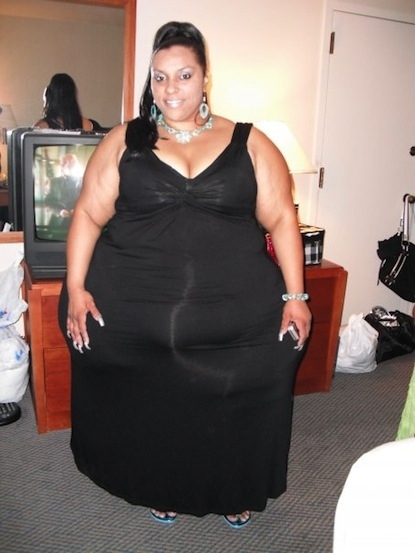 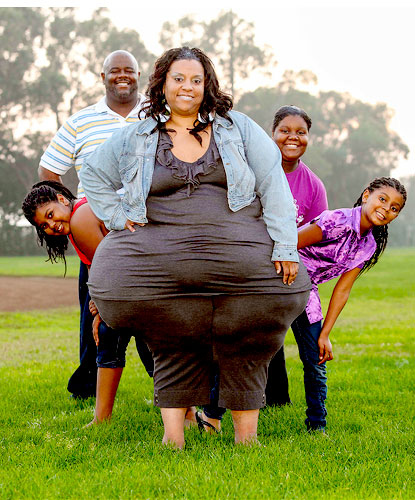