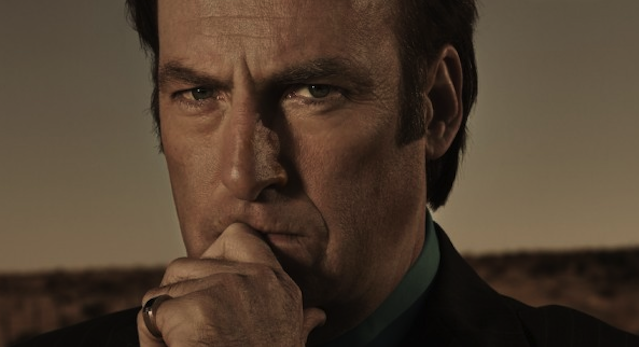 Start counting the days until February.

Ever since the last episode of Breaking Bad aired last summer, fans of the show have been waiting for spinoff show ‘Better Call Saul’ – based around fast-talking lawyer Saul Goodman – to air and fill the void left by the finale of what many call the greatest show in television.

Well, today there’s good news and bad news. The good news is that during a Breaking Bad marathon at the weekend over in America, AMC released the first teaser for the show. The bad news is that it’s only ten seconds long and that Better Call Saul won’t be premiering on the channel until February 2015. Still, even ten seconds of a Breaking Bad related show is better than the past year we’ve had to endure without anything at all right?

All that happens in the clip is that Saul – who’s initially known as James M. McGill in the series, as it’s set before Breaking Bad happened – discusses the merits of keeping a lawyer on retainer, but even something so short has us whetting our appetites for February. I mean if Vince Gilligan created it, it’s going to be good right?

If you can’t wait until February maybe check out this poster series of every episode of the show to tide you over until then.