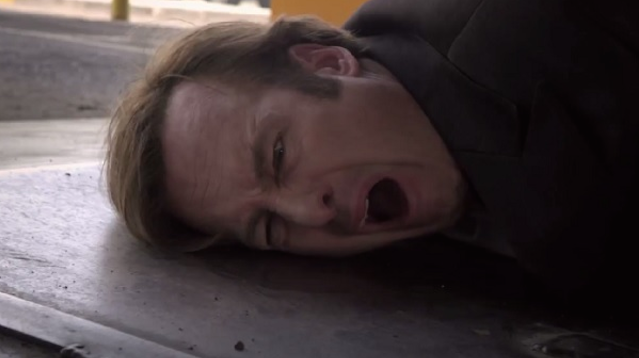 Ever since Breaking Bad went off the air last summer pretty much everyone has lamented the fact that there isn’t a TV show anywhere near as good as it on the air and that Better Call Saul wasn’t coming out for another 18 months.

Well, 18 months are actually almost up and we’re only just over two months away from the premiere of Better Call Saul on February 8th 2015. To celebrate this, last night during The Walking Dead’s midseason finale, AMC final decided to give us more than a 30 second teaser trailer for the show and instead treated us to nearly one minute of an actual scene from the show.

To make things better, it even featured fan favourite Mike Ehrmantraut from Breaking Bad. It seems to depict Saul’s and his first meeting, where Mike is working as a parking attendant who gets on the wrong side of Saul. Much like in Breaking Bad, it doesn’t take too long for him to turn the situation around.  It’s great to see these guys back after so long, and we can only hope that the series lives up to the weight of 18 months of expectation when it drops next year.

Sorry about the ad before the video – the only place hosting it over here is The Daily Mail website and for some reason AMC have blocked it outside of the USA on YouTube.