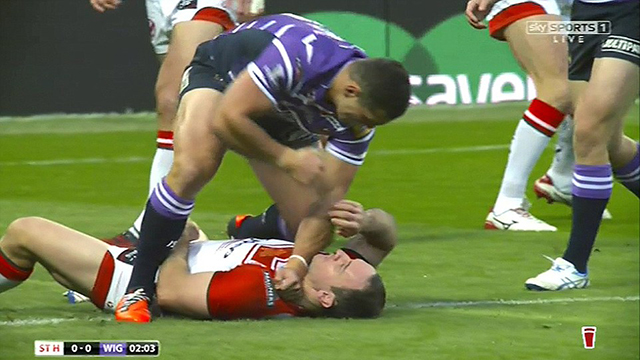 Ben Flower made history yesterday becoming the first man to ever be sent off during a Grand Final – here’s why.

Flower had spilled the ball in the first minute, and then following a clash with Hohaia, he knocked his opponent to the ground with a left hook and then smashed him again as he lay motionless on the ground.

Even Joey Barton thought it was a bit much:

The second is totally and utterly out of order. Can’t hit someone out cold. His only defence can be he never knew he was out cold.

Flower was sent off and officials are looking into whether they should also discipline him off the field.

Here’s hoping he doesn’t give slow-motion unicycle rugby a try.