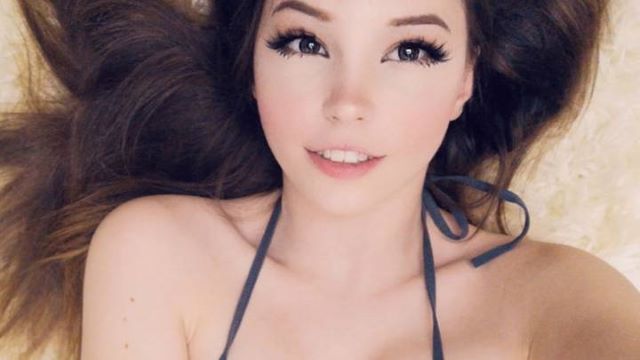 Belle Delphine has shared a sneak peek of her Christmas Day sex tape.

One person who’s figured out how to make a shit ton of $$$ during this pandemic is Belle Delphine, as she continues to rake in (literally) millions on OnlyFans selling photos and videos of herself and doing genius shit like selling her bath water on the internet.

If you’ve been keeping up with Belle Delphine, she’s announced that she will be releasing her long-awaited sex tape on December 25th (rumoured to be starring KSI alongside her), and on Sunday shared a teaser clip on her Twitter page.

It’s basically her sucking a dick, which has Pickle Rick photoshopped over it: 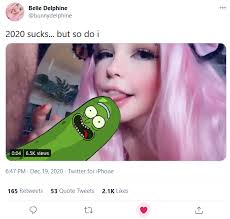 We obviously can’t share the video here, but if you want you can head over to her Twitter page and check it out for yourself.

Some of the reaction was positive, some was negative, and some was downright weird:

it the pickle Rick wasn’t it? Don’t worry next time I’ll use Homer Simpson

belle delphine is the reason i don’t want a daughter

Belle Delphine, I got nothing but respect for the girl man, absolute money machine

Belle Delphine could do literally anything and it would be the talk of the town. Got to respect the way she plays the game is all Im saying.

What can you say really? Good for her. I get why people think a 21-year-old anime e-girl sharing a clip of herself giving a BJ on Twitter is awful and gross but at the end of the day this Belle Delphine sex tape is going to drop on Christmas Day and it’s going to get millions of views and make her a shit ton of money.

You can tell from the way she markets herself and how she’s teased this for so long that she’s an internet veteran, so I don’t even think she cares about haters and negative comments because she knows you’re always going to get those when you’re a huge internet personality. Fair play to her for finding her market and exploiting it to the max.

She’s such a hustler in fact that she’s even selling the used condom from said sex tape. Let’s hope whoever purchases it is on some sort of watch list.