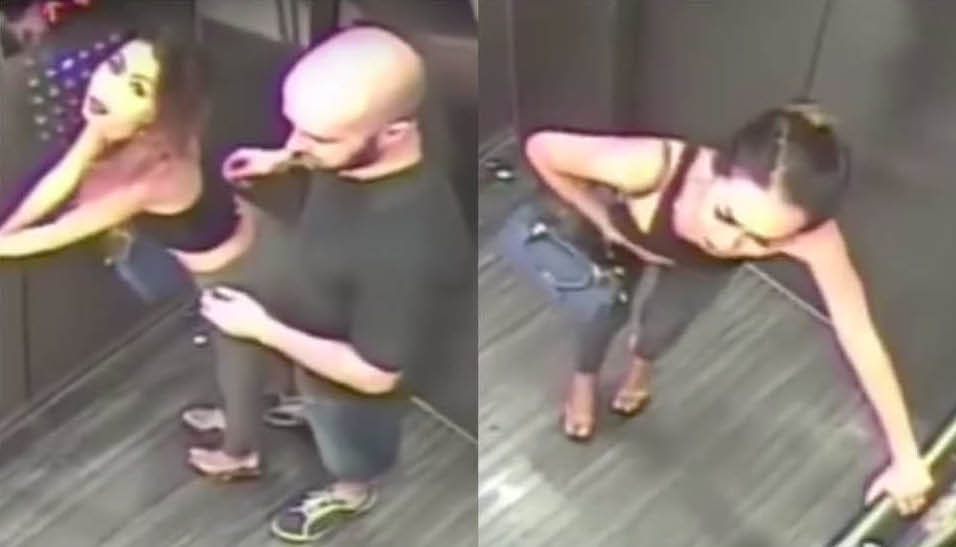 This is truly depressing.

No doubt that being a prostitute has probably got to be one of the worst jobs out there in history, although I doubt that most of us will ever know the cruel reality of it. However, videos like the one below might help us to understand it a bit more.

The footage is taken from an elevator in a Las Vegas hotel, where some bald dude has picked up an Asian prostitute for a night of fun. You get to see both the before and after elevator trips, and to say that it makes grim and depressing viewing is probably an understatement:

I mean yeah, that’s more kind of sad and creepy than anything else, and really gives an insight into how depressing and gross the life of a prostitute actually is. Kinda interested to find out just what went on inside that guy’s hotel suite as he didn’t look like the sorta guy who was going to be doing weird shit or pounding the crap out of her, but I guess you can never really tell a book by its cover.

Not really sure how appropriate the music that was chosen to soundtrack this is either? I suppose at least it kind of made the situation a little less of a bummer though.

For more prostitutes, check out these grim photographs of Spanish prostitutes waiting for clients. Gross.