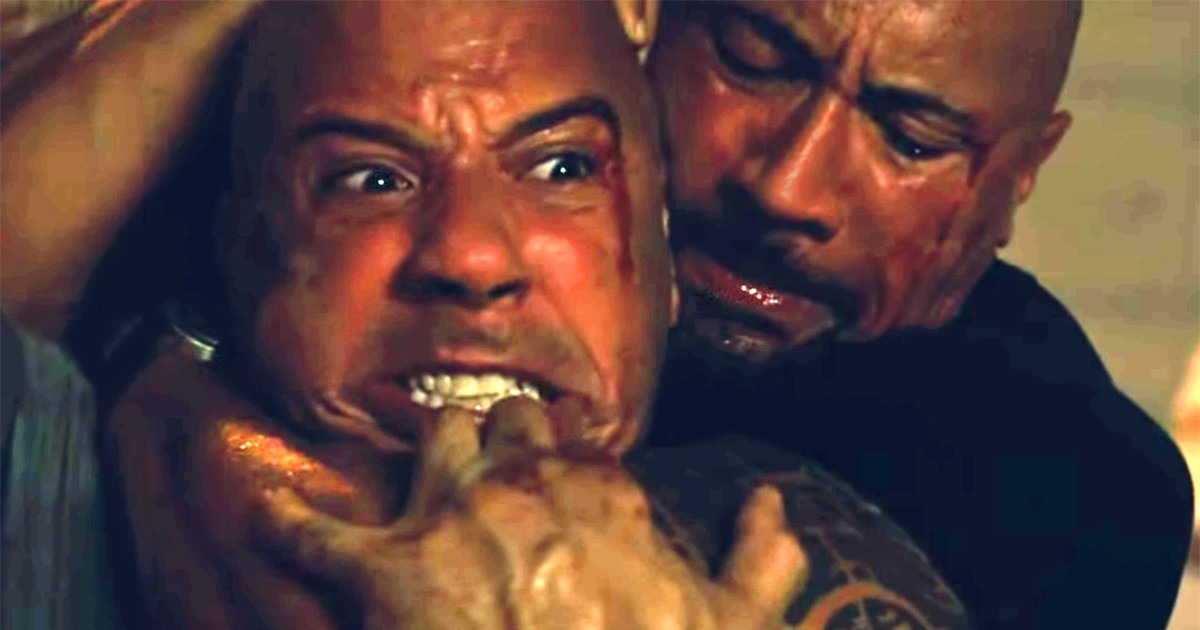 Hopefully it can be resolved at Wrestlemania?

The world fell into speculation yesterday after The Rock put up a post on his Instagram account where he praised the majority of the cast and crew of the new ‘Fast And Furious’ movie, but called out an unnamed ‘candy ass’ male co star.

Who could it have been? If you missed the post, here it is in all its glory. See if you can figure it out:

Hmmm. Not really giving anything away there other than the fact that it’s a female, but reports emitted from the set today that the candyass that The Rock was talking about was in fact the franchise’s other main star Vin Diesel.

Apparently Dwayne wasn’t happy with some of the decisions that Vin has been making in his role as a producer on the film, and was upset that he wasn’t told about them personally. This tension escalated to the point where everyone on set was feeling it and it was reportedly almost impossible to shoot any scenes due to it. Too much testosterone flying around guys.

The two parties took time out of shooting yesterday to have a meeting to try and resolve their differences and it worked out, but I doubt this beef is ever really going to go away if The Rock posted on Instagram and let the whole world know about it. There’s only one week left of shooting this movie, but just wait until the next ‘Fast And Furious’ movie starts rolling – this is going to be all anyone ever talks about.

For more of The Rock, check out this video of his greatest insults.