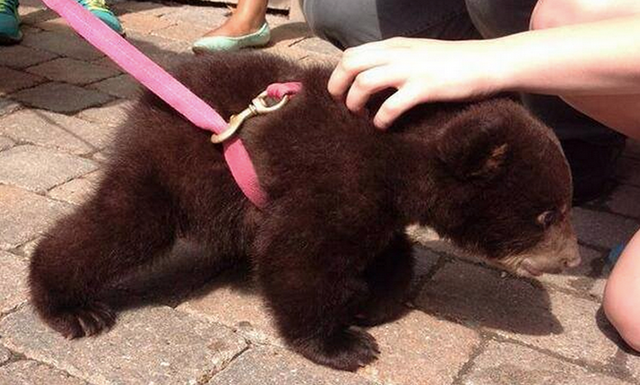 A baby bear that was brought onto uni campus as a means to cheer up students who were stressing out over exams ended up going beast mode on a bunch of people.

Welp, that didn’t exactly go to plan. 14 students at Washington University are undergoing tests to see if they contracted rabies after the cutest little bear cub was brought onto campus as a stress-reliever for students studying for their finals, and ended up biting them instead.

Want to know the worst part of the story? The baby bear ended up being put down. Bastards!

Washington Uni released this statement: “About 14 students have reported that the bear cub nipped them and the bites broke through their skin, including on the arms and faces of some of the students. Because the bear cub was born in the wild, State of Missouri and local health officials cannot rule out the possibility that it carries rabies. The only way to confirm is to test the bear cub following euthanasia.”

Definitely gonna add to the stress rather than take away from it any time you get bitten by a bear and catch rabies. The question is how did it manage to bite 14 students? Did we just carry on letting students hold and play with the bear after it bit the first one?

Shame on @WUSTL for exploiting a bear for entertainment & leading to euthanization bc he bit students. Help @peta pic.twitter.com/ZK1hMZLheU