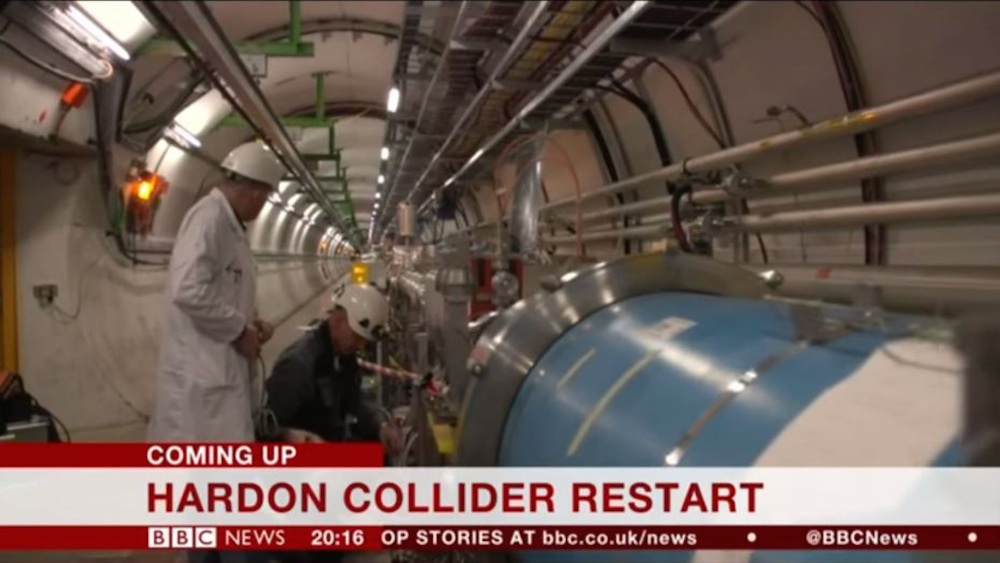 When you spend all day writing, it’s not that difficult to make the occasional spelling mistake that doesn’t get picked up on. However, if you’re working for the BBC covering the recent restarting of the Large Hadron Collider over the weekend, then you definitely need to be a bit more careful with your spelling because you majorly messed up over the weekend by calling it the Large Hardon Collider.

Whoops. I suppose it is an easy mistake to make because the letters are really close to each other. The guy doing the ticker is probably going to lose his job over it though isn’t he because you can’t really go around saying hardon on a news channel can you?

In case you’re actually interested in the Large Hadron Collider, it was restarted this week for the first time in two years after a major upgrade. I’m not really sure what they’re looking into over there as they’ve already proved the existence of the Higgs boson particle which was the main reason for its existence, but I’m sure whatever’s going on with it is going to be useful to civilisation. If you’re interested in the Large Hardon Collider then I can’t help you because I’m not sure if it actually exists unfortunately. Just imagine if it did though – that’s some awesome imagery right there huh?

You can check out the clip below: