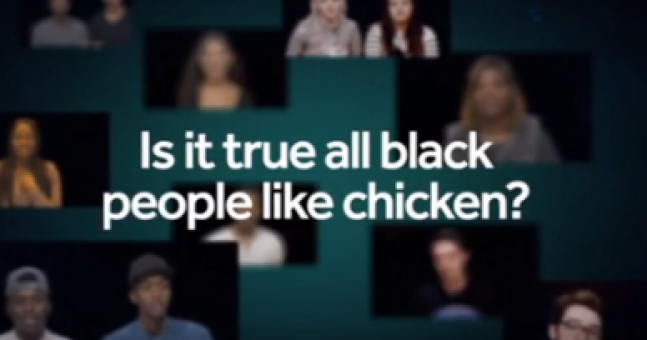 For as long as I can remember, there’s been a bit of a racial stereotype involving the fact that black people just loving scramming down on pieces of fried chicken. And the BBC of all people decided to finally get to the route of this stereotype by making a documentary on the subject. Good one guys.

Seriously. The BBC released the following section of Newsbeat on their Twitter, with absolutely no context whatsoever (although it was quickly replaced with a slightly more PC blurb) and you can imagine how people reacted, with accusations of racial stereotyping flying all over the place:

BBC Newsbeat deleted. Asking why black people like chicken. In the year of our lord 2016. During Black History Month. BOI.

Ok, so it did become apparent that the documentary for Newsbeat was actually discussing racial stereotypes that black people living in England had to deal with, but they probably should have had more tact than to introduce it simply as ‘do black people like fried chicken?’ as that just comes across as being unbelievably crass. It probably would have been the same if they had introduced it with any of the other stereotypes that they featured in the series such as ‘do black people like swimming?’ and ‘Is it ok for white people to say the n word?’

The BBC offered the following statement about the incident:

These short films show young people from various backgrounds discussing their experiences of dealing with different stereotypes, which accompanies a wider documentary looking at racism in the UK.

Black girls eat chicken because it makes their bum bigger.

Black people like eating chicken because it isn’t as bad for diabetes.

It’s a big thing in a lot of black families.

It’s a stereotype that is true.

Again, very useful information that I suppose did at least come to the conclusion that black people do actually really like eating fried chicken. Probably should have just presented it in a better fashion though.

For more chicken, check out the KFC secret fried chicken recipe. Finally you can have it like the Colonel wanted in the comfort of your own house.