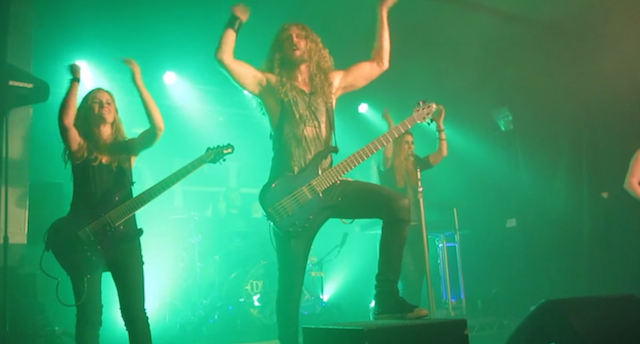 A Dutch metal band called Delain (who look and sound almost as ridiculous as these glam rock bands) were playing in Birmingham a couple of days ago when their bassist Otto Schimmelpenninck rocked out so hard that he managed to rupture his testicle during the performance. Just kidding – nobody could rock out that hard – but he did actually rupture it. He did this by standing in front of a confetti cannon like a dumbass that shot hit him in the balls, completely messing them up.

Did Otto immediately run from the stage to seek medical attention because of this? Of course he didn’t – he’s a metal superstar so he toughed it out and finished the show, only to discover once he got backstage that his balls were now the size of grapefruits and bleeding. Ouch. He posted about the horrific ordeal on Facebook: 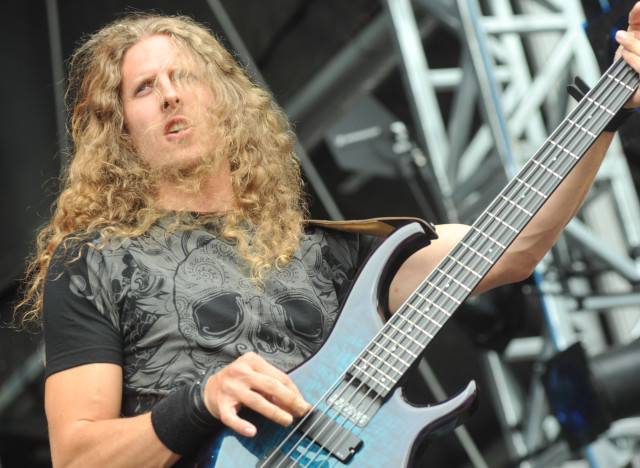 As some of you know, we use ‘streamer canons’, which shoot silver streamers into the audience, usually during The Gathering. We’ve been using this for ages without any problems at all, but in Birmingham things went wrong.

Since we were with 6 on stage instead of 5, there wasn’t really a standard position on stage. Normally, Charlotte would be stage center, Timo at the singing mic, I at the other side. Having Merel on stage with us meant everyone just had to pay attention at the moment the streamers would shoot. In my enthusiasm I did not pay attention, and happened to be VERY close when the streamer fired. It hit me from the back, in my genitals. Although pain was pretty bad right away, I was merely pissed off at myself for not paying attention. During the next song, pain got worse though, and I had the feeling I was bleeding. Pretty soon pain got to the point where I could barely stay conscious anymore, but for some reason I did manage to finish the show and even squeeze out some grunts!

After the show the damage was more obvious: my scrotum was the size of a big grapefruit and I was in a lot (yeah, really a lot) of pain. I was taken to the nearest hospital where after hours and hours of waiting, I was finally operated around 8:30 in the morning. It appeared here my left testicle had been ruptured as well as some arteries.

Jesus. Remind me never to use a confetti cannon in my act, or if I do then to remember not to stand in front of it and get my balls blown off. Otto finds out in six weeks whether or not he gets to keep the testicle.

You can see the shot below in the video, it’s around 3:30 although all you really see is an explosion near his crotch. I would recommend watching the whole video though because the song is probably really good if you’re into that sort of thing. If you’re normal like the rest of us though it’s pretty fun just to watch it and laugh.