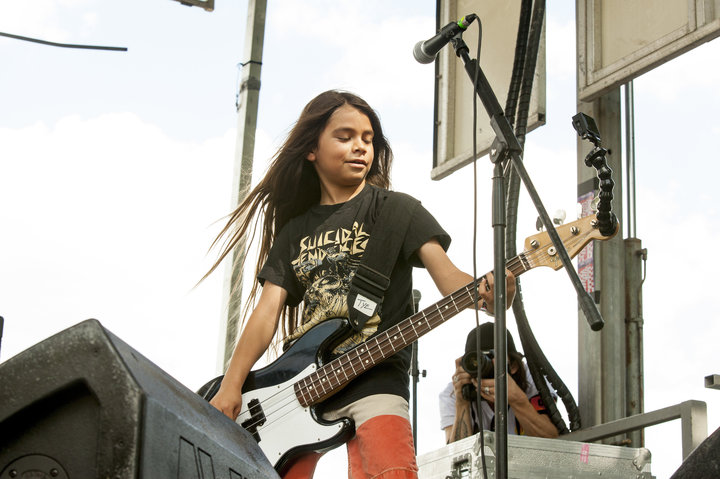 At some point in pretty much everyone’s life they dream of being a rock star, but for most of us those dreams are never going to be realised, especially not when you’re 12-years-old.

If you just so happen to be the son of the bass player for Metallica Rob Trujillo though, then you just might find yourself touring South America with Korn when you should be starting secondary school. Tye Trujillo is a 12-year-old bass prodigy, and when regular Korn bass player Fieldy was unable to make the dates due to unforeseen circumstances, the band wasted no time in drafting him in.

To be fair, the kid can shred. Here’s a video of him doing a bass solo like it’s no big deal and then a couple more of him playing on some Korn classics. Oh and he plays super fast with his fingers and only uses three strings, obviously:

Yeah, looks like he knows what he’s doing and is probably going to go pretty far with his own band The Helmets in the not too distant future. I just gotta ask who the heck is looking after him all day in South America and what the hell he’s gonna be doing on the off days? I can’t believe that the guys from Korn are just gonna take him to the zoo or something.

For more kids absolutely dominating their instruments better than you ever could, here’s a young dude playing drums to 21 pilots. Think he’s drumming live for The Chainsmokers now, no joke.