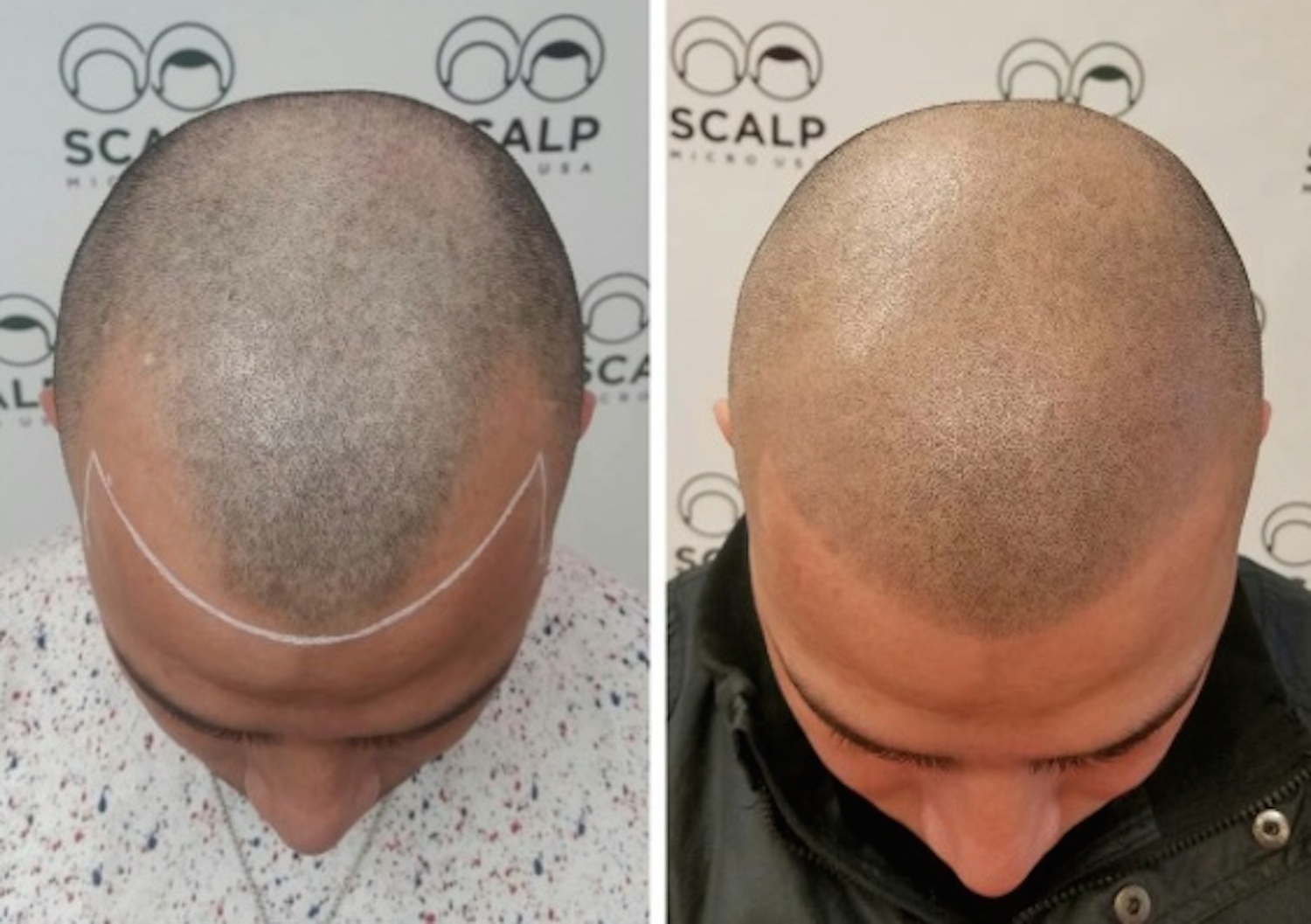 That’s one way to fool them.

Going bald is one of the great fears of every male out there, and how you deal with it really is a question of how you’re probably going to feel for the rest of your life.

To those that want to deny it, there are a number of options out there, from miracle hair growth formulas to surgical procedures. But the most unique out of these is probably getting your head tattooed to resemble hair. This is a process called scalp micro pigmentation and it involves replicating the colour of your own natural hair follicles with ink dots, to give the appearance of a buzz cut.

Matthew Iulo was one of the first people to pioneer this technique, and he estimates that he’s treated over 3000 people at his practice in New York. Treatments cost between $2000 and $3500 and are permanent and require zero maintenance. Here’s some of Iulo’s best work:

Yeah, I mean I suppose that’s cool, but I don’t really get how having a buzz cut is even that much better than losing your hair. Sure, there’s a bit there, but it’s hardly full flowing or that impressive. And doesn’t everyone that continuously gets a buzz cut end up going bald anyway?

I dunno, I haven’t had this problem yet and I might think differently when I do. Until then this seems kinda stupid to me. In any case, a recent study found that bald men were more masculine and dominant, so maybe losing your hair isn’t such a bad thing after all?