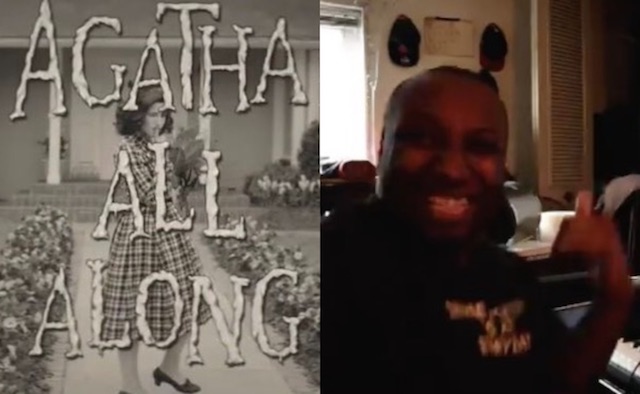 Whilst we’ve all been sitting in lockdown for the past few weeks, one television show that seems to have captured the imagination of the public is ‘Wandavision’, mainly due to the fact that it’s being released weekly so everyone is on the exact same page with it and desperately trying to figure out where it’s going and how it’s going to end.

Here’s where the spoilers start, so if you haven’t watched the latest episode you might want to stop reading now. For everyone who has though, I’m sure you will all remember how badass the ‘Agatha All Along’ music was when it was finally revelled that Wanda’s neighbour Agnes wasn’t who she had been claiming to be this whole time, but was instead the witch Agatha Harkness.

Most of us probably just thought it was a cool tune and got really annoyed that we had to wait another week to see the next episode, but this one dude instead decided to make a completely sick trap remix of the song and blow it out of the park. Take a look below – and make sure you watch the video because it really is awesome seeing how happy the guy is with himself after making it:

Damn that’s rad isn’t it? If only clubs were opening this weekend and we could head out and have a bit of a bop to it hey? Really would be something else, right? Imagine it will probably all be forgotten by June 21st though sadly, but maybe ‘Agatha All Along’ will cut through and be the hit of the summer. Scenes.

For more of the same, check out this Charlie Sheen dubstep remix. That was a time and place.