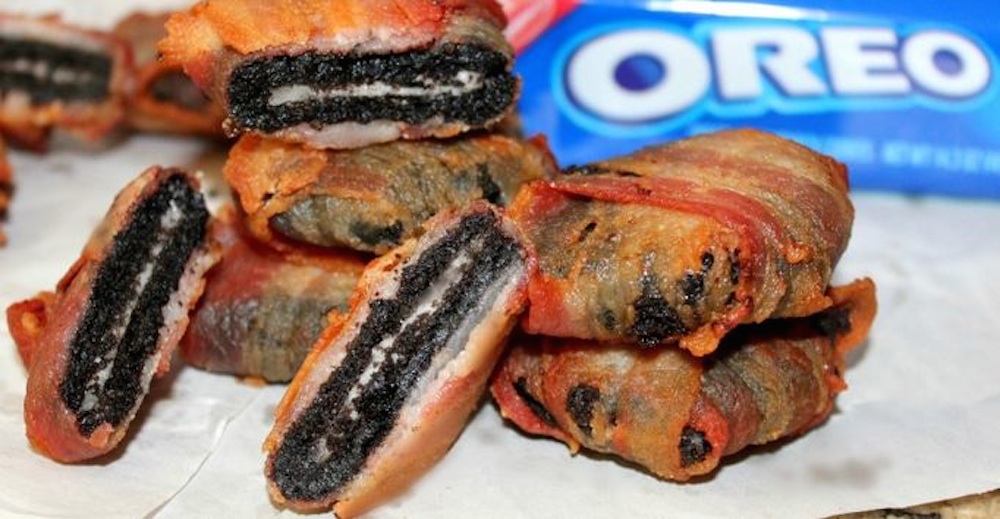 ‘Just add bacon’ are three simple words that are pretty much guaranteed to make any food item better – just look at these bacon wrapped onion rings for example – but I never once thought that it would be possible to combine them with Oreos. It turns out I was wrong though. I know, I know – first time for everything.

There isn’t even really a trick to it – it’s pretty much just fried bacon wrapped around an Oreo on a cocktail stick. Simplicity at its best.

Here’s the recipe and some pictures:

Wrap one OREO with one slice of bacon, making sure to cover as much area as possible as you wrap the cookie.

Now..secure the bacon by gently inserting a toothpick through the end of the bacon into the white part of the cookie.

Fry them up a few at a time, until they’re evenly golden on all sides.

That’s it. You’re supposed to eat them warm too apparently which sounds gross but I’m sure is actually unbelievably delicious. Go make some now. 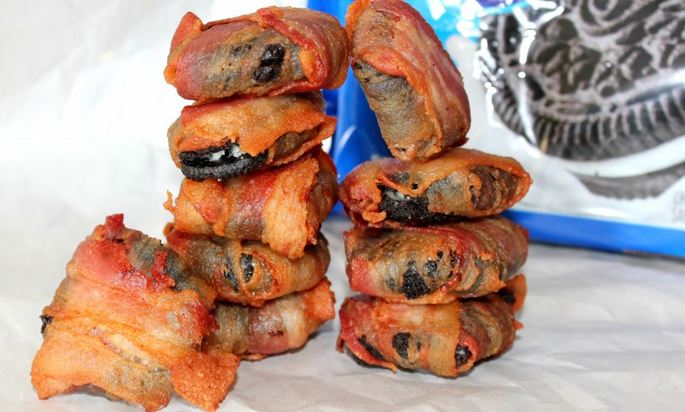 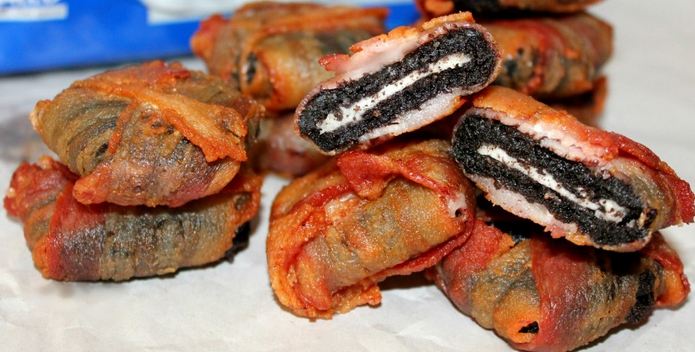