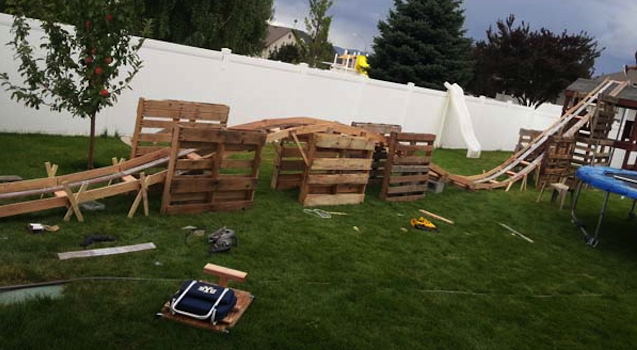 These guys got bet they couldn’t build a rollercoaster for under $50 and they totally nailed it.

If somebody bet me that I couldn’t build a rollercoaster in my garden for under $50 (or pounds, whatever) then I’d probably gladly give them the money because I don’t know the first thing about building rollercoasters and making one for under $50 sounds like a hefty challenge, especially if you actually wanted it to be good. Fortunately though, I wasn’t involved in this bet and the group of friends that were challenged to do it completely smashed it.

They went down to their local home depot and bought a bunch of materials for $50 and went straight to work, building the rollercoaster in one of their back yards. They worked well into the night until there was literally no way they could keep going because all their neighbours were complaining. They were straight back on it in the morning and after 27 hours, they had a working rollercoaster.

Sure, there aren’t any loops or gimmicks or anything, but for $50 it’s pretty impressive. They’ve also cleaned up on that bet, and they also opened it up to be ridden by kids in the local area, where it became quite the hit. 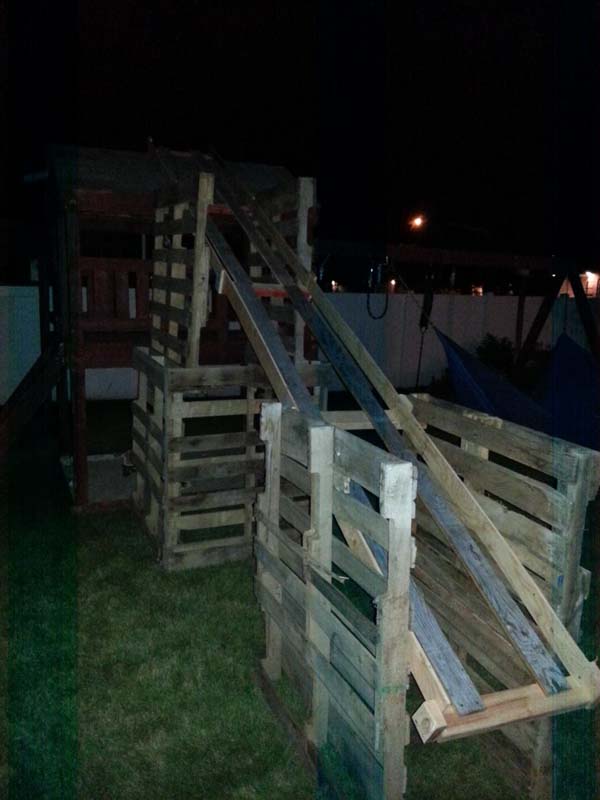 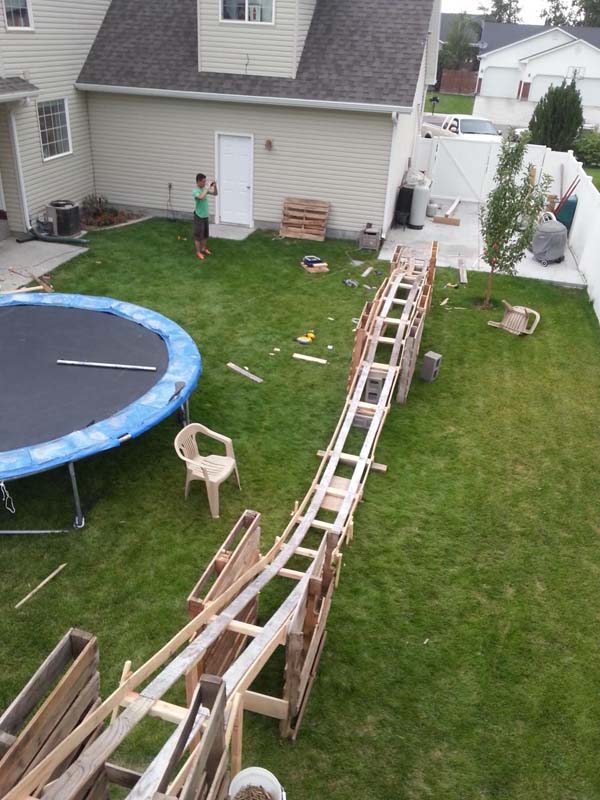 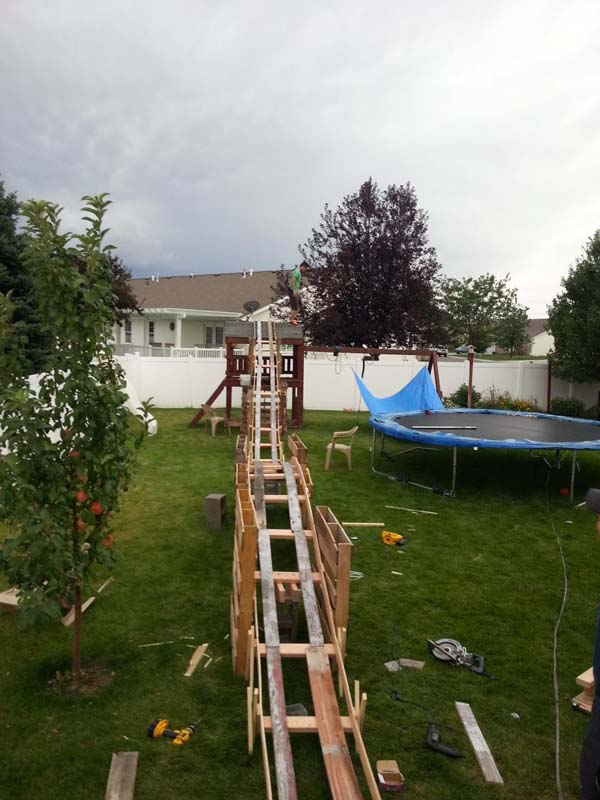