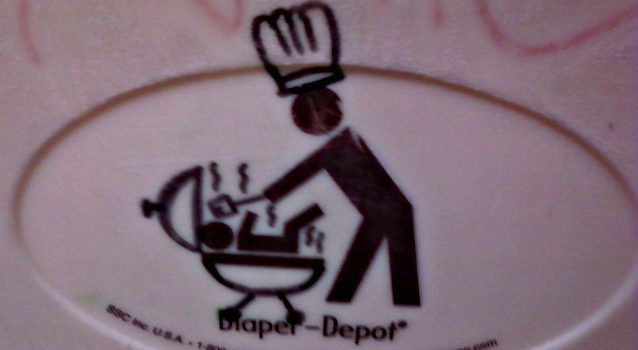 A baby station is an awesome place to graffiti, why haven’t I ever thought of this?

Some of the best graffiti comes when you just deface newspapers (normally by drawing dicks in their mouths) when you’re bored on the train or whatever.

A logical progression from this is to graffiti baby stations. Although I’m sure everyone who is a mom will roll their eyes at this because they don’t want their baby seeing anything offensive/scary, everyone else will probably just think that it’s really funny and won’t worry about a baby seeing it because there’s no way they’re going to remember it in their later life anyway. Just enjoy it for once guys, yeah?

You’ve also got to give whoever the hell did these ones mad props, because some serious effort has gone into it as opposed to just grabbing a marker pen and performing a little doodle – this is next level Project Mayhem shit in most cases. Props.

â˜› More Babies: Movies To Put Your Bird Off Having Babies