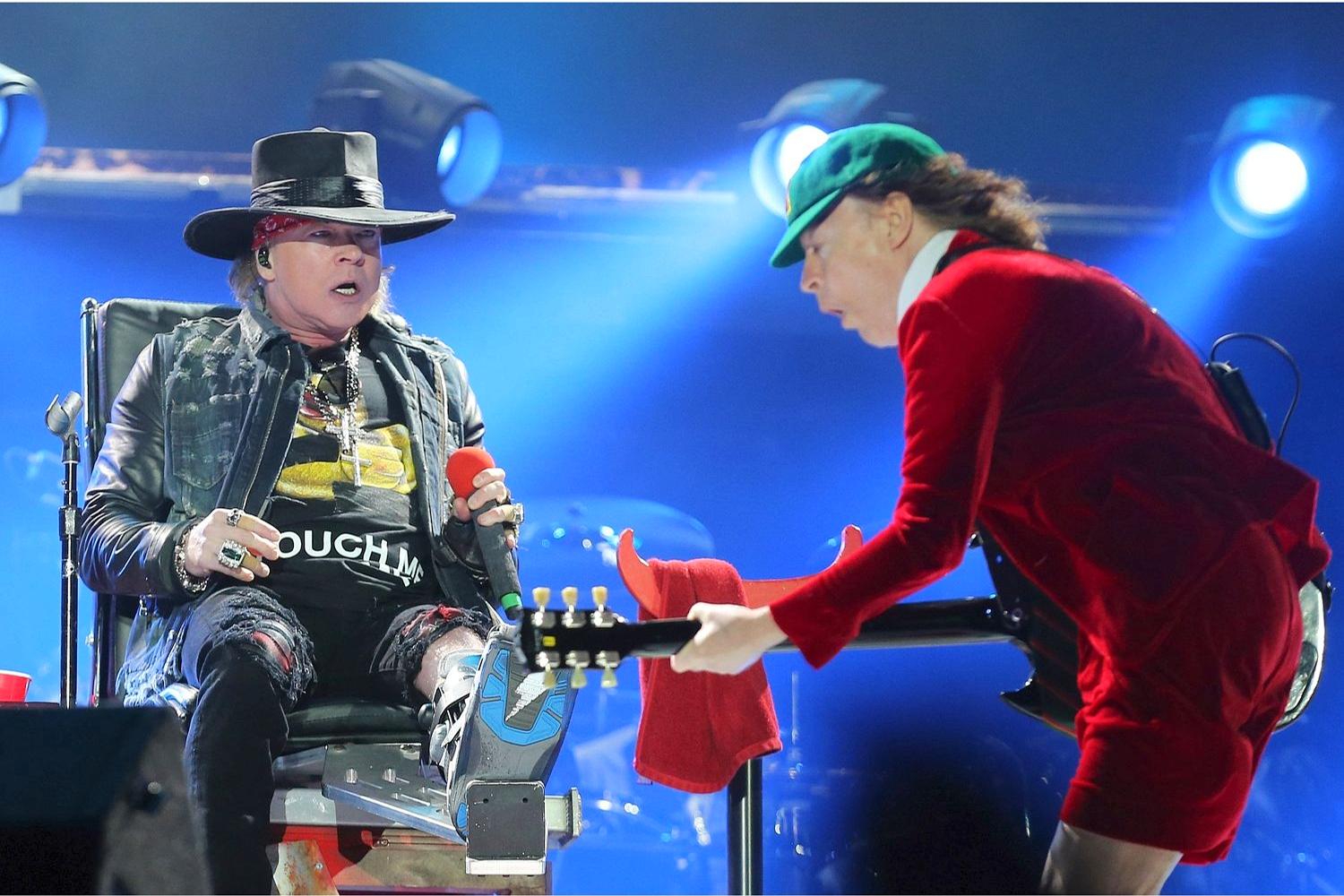 When it was announced a couple of months ago that Axl Rose would be filling in for Brian Johnson in AC/DC as the latter had been forced to retire from touring in order to save his hearing, a lot of AC/DC fans weren’t happy about it.

The announcement also created a hell of a lot of questions. Would it sound good? Would Axl Rose even show up? What does this mean for the Guns N’ Roses reunion? Has Axl Rose actually stopped being a monumental prick?

Well, with the first AC/DC show with Axl Rose on vocals taking place over the weekend, we can answer at least a couple of those questions now, as Axl showed up and nailed the performance, which you’ve got to admit was kind of surprising. Of course, he had to do it all sitting down on his throne after breaking his ankle, which made the whole thing even more impressive.

Here’s a clip of him singing ‘Back In Black’ in Lisbon, Portugal:

OK, so I mean it doesn’t exactly sound like AC/DC but he’s hitting all the notes and his voice sounds awesome. It’s pretty much a perfect replacement and it should be commended how easily they’ve done it – normally replacing a lead singer of a band is one of the hardest things you can possibly do as it’s going to change the whole sound.

I bet everyone who sold their tickets back or got refunds is regretting it now.